Jason Dorn talks with FOX Television Stations about his ability to put people to sleep with his soothing voice and craft.

DENVER - Consider Jason Dorn the "Bob Ross" of shoe shining — using his careful craft, calming demeanor and soothing voice to help you relax and possibly get a good night’s rest.

And yes, he considers it a compliment when people say his YouTube videos put them to sleep. He now has over 160,000 subscribers and his videos have reached millions of views.

Dorn, 39, runs his own shoe shining company in Denver. He shines about five shoes a day, taking up to an hour to make sure the leather footwear has the spit-shine look that sparkles and can reflect your image.

But how shoe shining became white noise is almost as interesting as how Dorn entered the profession.

In 2011, Dorn was working as a shoe salesman at Nordstrom. One morning, he was at the airport catching a flight to Las Vegas when he spotted a vacant shoe-shining chair and took a seat after his flight was delayed. 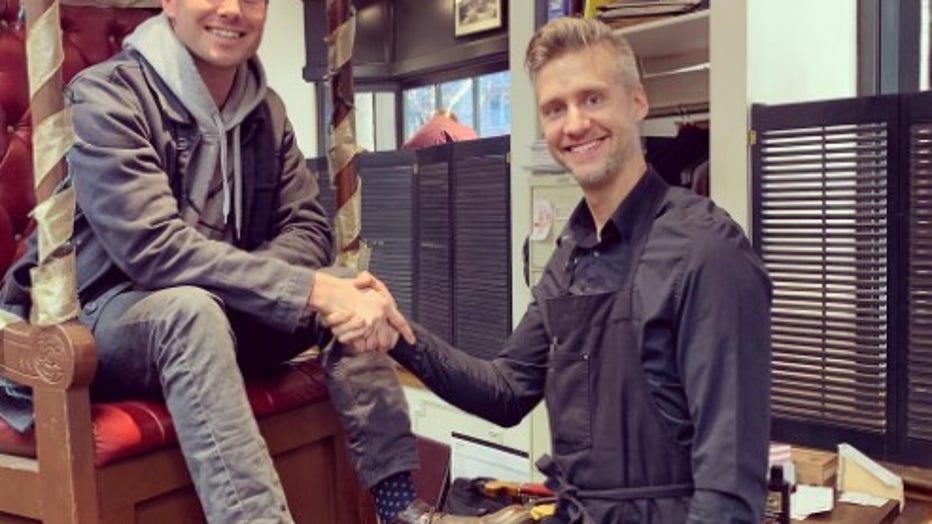 "I started thinking to myself, ‘Well, I can probably pass as like a shoe shiner’," Dorn told FOX Television Stations.

Dorn started snooping around and found the shoe shine kit. As fate would have it, a passenger mistook him for an actual shoe shiner. Not knowing what he was doing, Dorn shined the passenger’s shoes and pulled off the guise.

"I basically started to like fumble my way through my first shine at the airport even though I wasn’t an employee at the time there," he continued. "I just acted like I was."

Dorn ended up taking on more customers at the airport. When he finally caught his flight and landed in Las Vegas, he had a new purpose in life.

"I like tangible results. I consider myself an artist," he continued, saying he finds satisfaction in his career. "It’s really like a fun kind of aspect of making something that needs a little TLC and seeing that end result."

After that airport experience, Dorn started working as a shoe shiner at Nordstorm before launching his business "Team Shine Force."

He then created YouTube videos for fun and to teach people how to shine shoes.

A few years later, he started captivating a new audience— people who seek autonomous sensory meridian responses. According to the National Institutes of Health, ASMR "is a perceptual sensory phenomenon, likened to meditation, which encompasses a pleasant and calming ‘tingling’ sensation localized to the scalp and neck in those able to experience it."

Simply put, it can help you relax or fall asleep.

Dorn said after reading the comments he noticed people were using his videos to help relax.

"I was very much surprised," he added. "Having something that is content, that’s in my eyes kind of like art, and giving that opportunity for people to relax to it, I think is the biggest compliment to a content creator or any artist out there."

In his videos, Dorn narrates in a low voice while he shines shoes. The microphones pick up every noise from the cleaning and scrubbing to the polishing. His videos could be as long as an hour.

Dorn says he tries to put out videos for his viewers at least once a week. He says he hopes the videos will give him a boost to his business. Currently, he considers it a good day if he makes $100 shining shoes.

But despite his financial ambition, Dorn says he hasn’t lost sight of his audience who may suffer from stress and simply need to relax.

"It’s a value to my subscriber base and my followers," he added. "Being creative is fulfilling to me but also having fun with it and then giving back to the audience — because they appreciate it — is pretty much the reason I keep going."