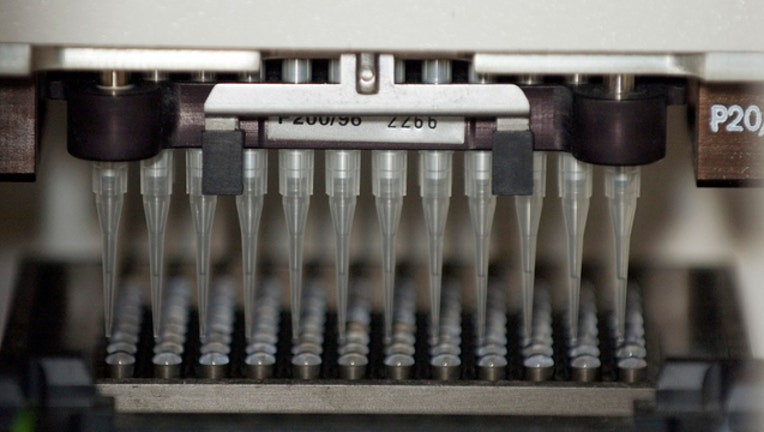 Law enforcement interest in using genetic genealogy to crack cold cases has ballooned since the high-profile arrest of a suspect in the California serial killings, who was found by running crime scene DNA through a genealogy database, said CeCe Moore, chief genetic genealogist with Parabon NanoLabs. The same company did the searches in the Alabama case.

Tracie Hawlett and J.B. Beasley, both 17, disappeared after setting off for a party in southeastern Alabama on July 31, 1999. Their bodies were found the next day in the trunk of Beasley's black Mazda along a road in Ozark, a city of 19,000 people about 90 miles southeast of Montgomery. Each had been shot in the head.

Ozark Police Chief Marlos Walker, who said he always believed the case could be solved, said "let's try that."

Police arrested Coley McCraney, 45, of Dothan, on Friday after the Alabama crime scene sample was analyzed and uploaded to GEDMatch, a public genetic database repository where more than a million people have uploaded profiles from at-home ancestry kits.

"We are looking for second, third, fourth cousins and then we reverse engineer the family tree based on the people who are sharing DNA with that crime scene sample," Moore said.

The police chief said the genetic genealogy work identified a family -- which means at least one of McCraney's relatives had uploaded information -- and kinship testing narrowed the potential suspects to a single person. The police chief said they obtained DNA from McCraney -- he did not say how -- and the state crime lab matched it to the DNA from the 1999 crime scene.

Moore said the company is now fielding calls for help in decades-old cases as interest grows in this technique. Since May, the company has helped provide law enforcement with identifications in 43 cases, she said.

She said genetic genealogy can help provide answers for families who have seen their loved one' murders go unsolved for years. "The fact that we can finally provide those is just incredibly important," Moore said.

"There are huge privacy concerns," said Jennifer Friedman, a public defender in Los Angeles who has been involved in cases involving DNA since the late 1980s. She said there are multiple problems with tying people to crimes using family genetic information, including the fact that most people probably wouldn't want a relative arrested based on their DNA sample.

Moore said she only uses a database where people have uploaded their information and are told it can be used this way. She said only a small fraction of the estimated 23 million people who have taken a consumer DNA ancestry test are in GEDMatch.

David Harrison, McCraney's lawyer, said he's an outstanding member of the community and a married man with children and grandchildren. He's been a truck driver and had his own church where he preached as recently as three weeks ago, Harrison said.

At the press conference announcing the arrest, Carol Roberts wore a brooch over her heart with a photograph of her daughter Tracie Hawlett, showing her youthful smile frozen forever in time. She had grown to doubt the case would ever be solved as the years slipped by.

Tracie had planned since she was a little girl to become a doctor, her mother said. She would have turned 37 this month.

In their last conversation, the night she disappeared, Tracie asked if her friend could sleep over and go to church the next day.