Special agents with the FBI arrested a 22-year-old Hollywood man Thursday on a federal charge alleging he recklessly operated a drone that crashed into a LAPD helicopter.

LOS ANGELES - Special agents with the FBI arrested a 22-year-old Hollywood man Thursday on a federal charge alleging he recklessly operated a drone that crashed into a Los Angeles Police Department helicopter.

Andrew Rene Hernandez was arrested on a misdemeanor count of unsafe operation of an unmanned aircraft, in what's believed to be the first criminal case in the nation on that allegation. He's expected to make his initial appearance this afternoon in Los Angeles federal court, according to the U.S. Attorney's Office.

Hernandez's arrest came during National Drone Safety Awareness Week, which is sponsored by the Federal Aviation Administration and seeks to promote drone safety.

According to the complaint, LAPD officers were dispatched on a burglary call at a pharmacy in Hollywood during the early morning hours of Sept. 18 and requested air support. As an LAPD helicopter approached the pharmacy, the pilot saw the drone and attempted to evade the unmanned aircraft.

LAPD officers located parts of the drone near the pharmacy and discovered a vehicle damaged by the drone as it fell from the sky. Further investigation, including a review of the drone's camera and SD card, led to the identification of Hernandez as the drone's alleged operator, prosecutors said. 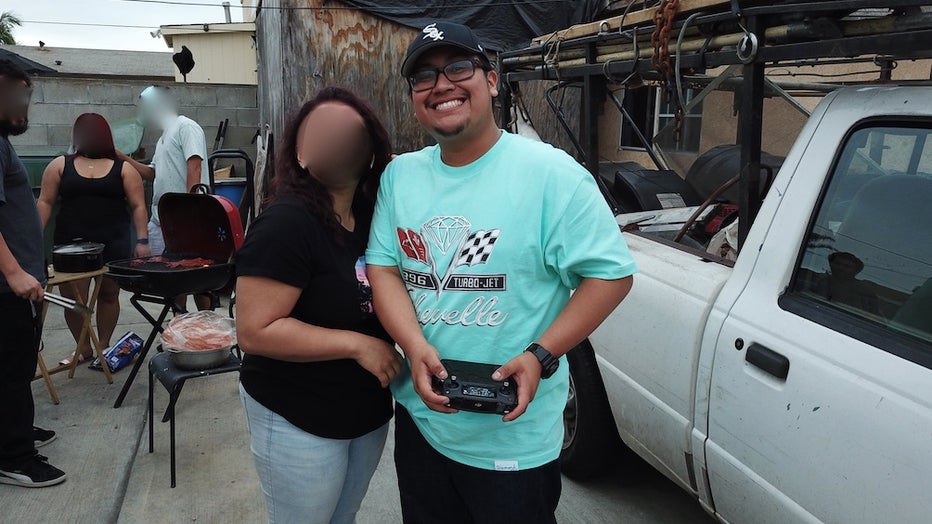 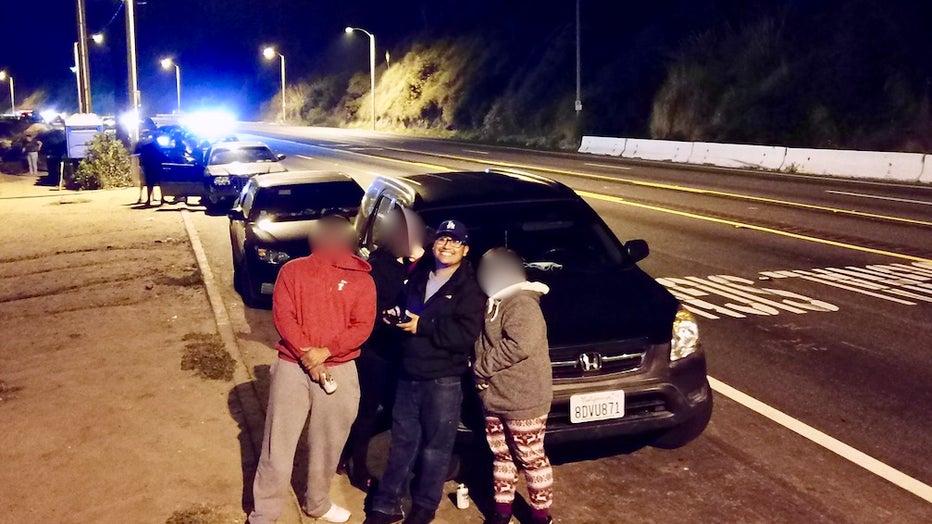 The FBI executed additional search warrants in late October at Hernandez's home, and he admitted to flying the drone on Sept. 18 after he heard police vehicles and an approaching helicopter just after midnight, the complaint alleges. Hernandez said he flew his drone "to see what was going on," according to court papers.

As the drone was ascending, Hernandez saw the drone "smacked" by the hovering police helicopter, and it fell to the ground at a nearby residence, according to the complaint.

The unsafe operation of an unmanned aircraft offense alleged in the complaint is a misdemeanor offense that carries a sentence of up to a year in federal prison, according to the U.S. Attorney's Office.

Federal investigators say it's more important than ever for parents and the public to be careful, as some people will be getting them as presents this holiday season.

"It's important at all times, certainly with the increase in popularity, the increase in potential for these being gifts in the near future. It's important for parents and for the general public to just be aware. We don't want critical incidents happening. We don't want lives at stake over people operating drones," said Kristi Johnson, the Assistant Director in charge at the Los Angeles Field Office for the FBI.