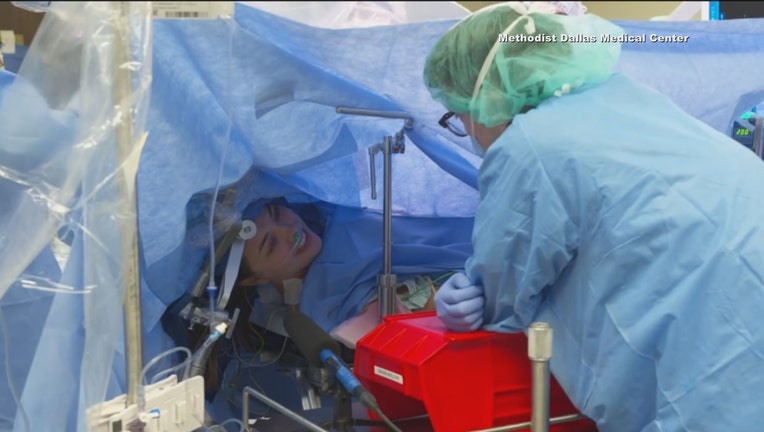 DALLAS - Neurosurgeons at Methodist Dallas Medical Center performed brain surgery on a woman while she was awake — and streamed the procedure on Facebook Live.

Jenna Schardt, 25, recently started to have speech problems and seizures. Doctors found a mass of blood vessels in the part of her brain that affects speech.

Schardt underwent surgery on Tuesday to remove the vessels. She was put under while doctors opened up her skull, but then they woke her up.

During the surgery, Schardt talked to a doctor. That helped surgeons find what parts of the brain to target. Thousands of people watched part of the procedure on Facebook Live.

The surgery was a success. Schardt will remain in the hospital for a few more days to recover.