Many in the Lockhart community are anxiously waiting to find find out when the National Transportation and Safety Board will release the results of its investigation into last month's hot air balloon crash that killed 16 people and elected officials are urging the feds to hold an open hearing on that date.

The wounds of last month's deadly hot air balloon crash still weighs heavy on the hearts of many in Lockhart, including state representative John Cyrier.

"I wasn't expecting to see what I saw. I had been asked to do a few interviews once I got (to the scene) and so I was kind of preparing mentally for those interviews and reading up on some information on what they knew at the time but what I did not anticipate is physically seeing the crash site and the victims that were lost in that accident," Cyrier said.

Cyrier,  who is a pilot with over 1,500 hours of flying experience, said the magnitude of the crash has not only changed the city of Lockhart but should change regulations.

"Lockhart is known as the BBQ Capitol of Texas and now I think we're also going to be recognized as something else. The name of our town is tied to this horrific accident. It's something that we're going to have to live with and time will heal that but I think it is extremely important that we look at the accident as a whole and realize that there are a lot of people affected, not just the victims themselves," he said.

Cyrier has reached out to Texas Senator John Cornyn and U.S. Representative Lloyd Doggett to help ensure that the NTSB will hold a public hearing so that the healing process can begin. In cases such as this the NTSB has several options when it comes to releasing the results of an investigation. One way is by releasing a report that can be read at any time. Another is to hold a public hearing where the community can not only hear the results for themselves but hopefully also find closure.

"I think that it's important to have this investigation hearing public, it's out in the open. there will be interviews done where we will have sworn testimony that will be taking place," he said.

So witnesses like Margaret Wylie don't have to relive such a horrific event.

"The only insight I think is that they need to have weight limits because I know there was too much weight on that balloon. When it is 80 degrees out here (the pilot) couldn't get above the power lines," she said.

And so the community can find closure.

"We had veterans out there that had been in the Korean War that said this is one of the worst things they've ever seen. So my thoughts started to go really quick to not only the victims and their families but also the first responders and what this is going to do for our community as far as the healing process," Cyrier said.

Cyrier said the NTSB will make a decision on whether or not to hold an open hearing in the upcoming weeks. 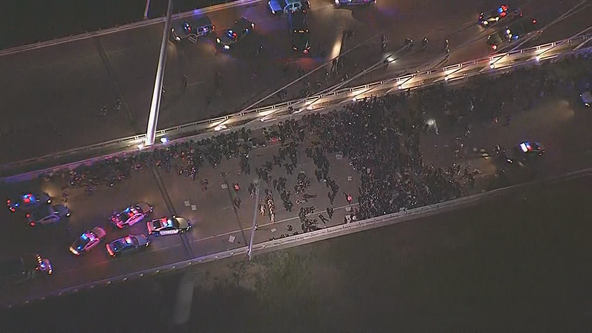