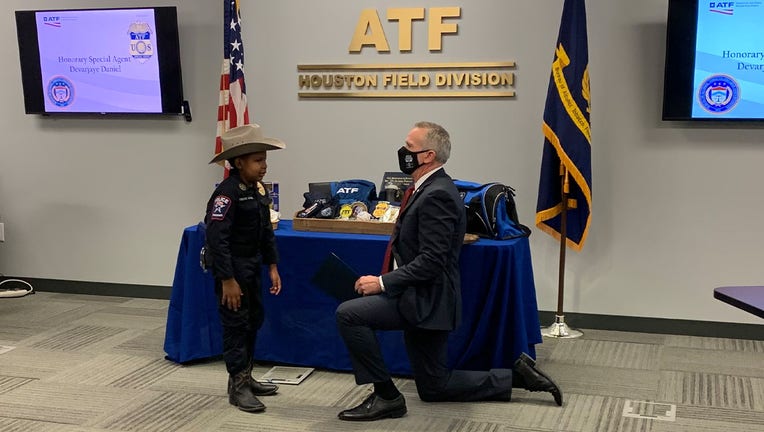 HOUSTON - A Houston boy is battling terminal cancer, but that's not stopping him from chasing his law enforcement dreams.

Devarjaye Daniel grew up watching his military father interact with men and women in uniform. It was in watching them that the 9-year-old grew an admiration for those in uniform and decided he wanted a career in law enforcement.

Despite his brain and spinal cancer, Devarjaye says he wants to be sworn-in as an honorary officer by 100 law enforcement agencies!

And he's already putting in the work, as multiple agencies have stepped in to show the boy love and support.

On Tuesday, ATF Houston became the first federal agency to honor Devarjaye, when he was sworn-in as an Honorary Special Agent.

The 9-year-old even got to meet Lady, the ATF Houston K9, and her handler. 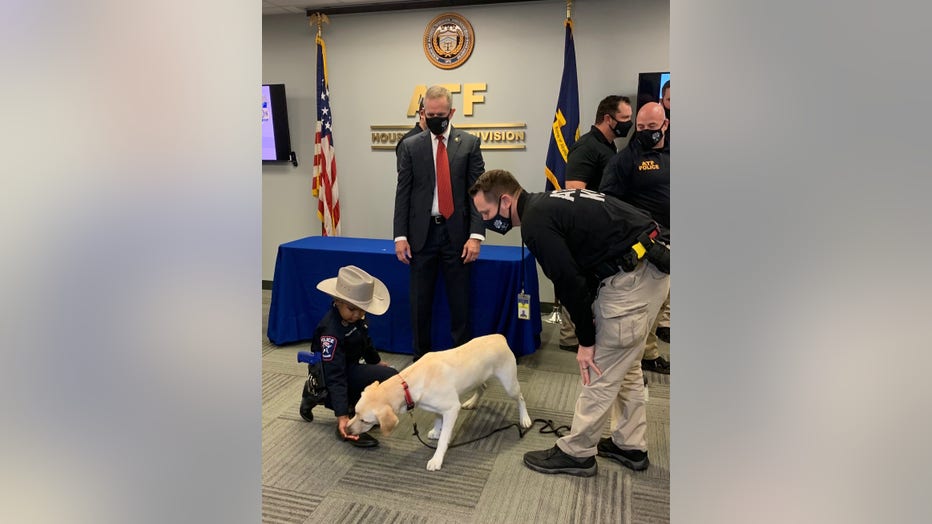 Devarjaye, who is battling terminal brain and spinal cancer, was sworn-in as an Honorary Special Agent at ATF Houston. He also got to hang out with the agency's K9 Lady.

They're already in talks with more law enforcement agencies who want to make Devarjaye an honorary officer at the local, state and federal level.

The outpouring of support is coming from across the country. The U.S. Capitol Police even sent him a letter from Washington, D.C. wishing him well and included a patch worn by one of their officers.

Later this month, he'll be sworn in by U.S. Customs and Border Protection and presented with a custom uniform!