Houston City Hall was lit up in red overnight in honor of the former UH baseball coach and his family who were killed in the same helicopter crash that killed Kobe Bryant.

HOUSTON - Houston City Hall was lit up in red overnight in honor of former University of Houston baseball player and assistant coach John Altobelli and his family who were killed in the Calabasas, California, helicopter crash.

A memorial service was held for the Altobelli family at Angel Stadium on Monday.

MORE: Memorial held for Altobelli family, who died in crash with Kobe Bryant 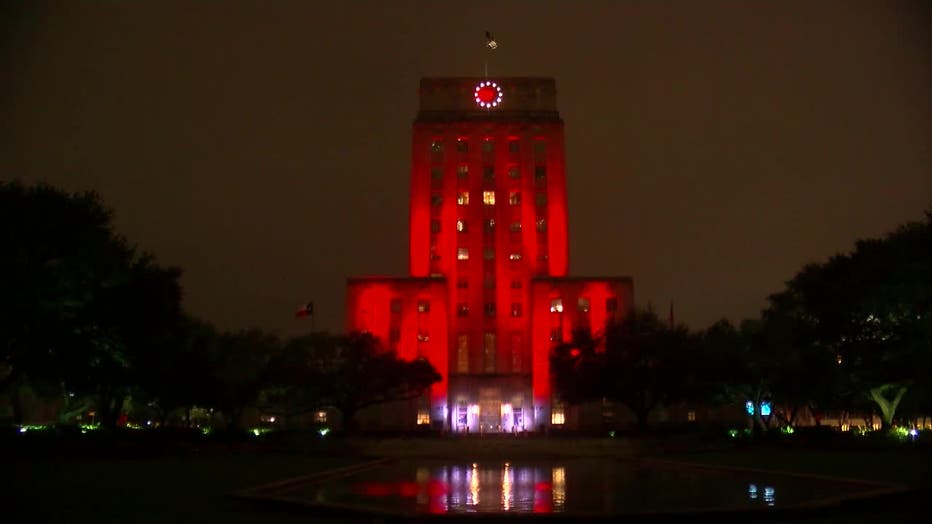 Houston City Hall was lit up red on February 11 in honor of the Altobelli family.

John was also a former University of Houston baseball player, captain and assistant coach. Altobelli was a two-year letterwinner for the Cougars from 1984 to 1985 and served as an assistant coach in 1987. That year, he graduated from UH with a degree in physical education.

MORE: What we know about the victims in Kobe Bryant’s helicopter crash

On Monday, February 24, Houston City Hall will be lit purple and gold in memory of Kobe Bryant and his daughter to coincide with the memorial service at the Staples Center.