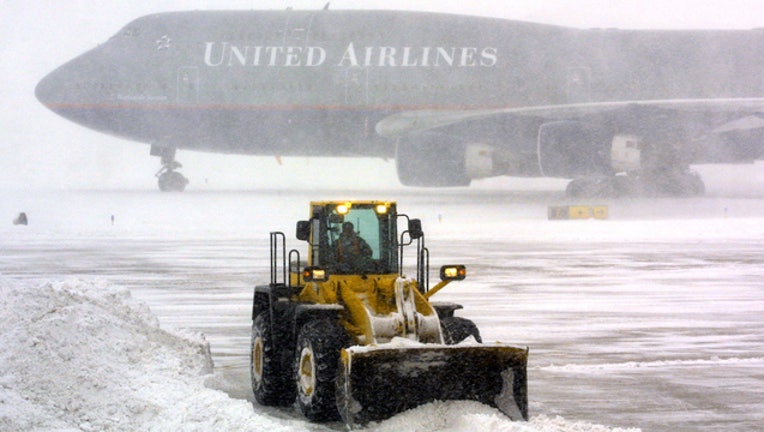 CHICAGO (Sun-Times Media Wire) -Holiday travelers were facing delays and cancellations at both of Chicago’s major airports as a winter storm moved into the area on Sunday.

Average delays at both airports were lasting more than 15 minutes, the CDA said.

Snow could fall as fast as two inches per hour and cause periodic life-threatening blizzard conditions, the weather service said. Travelers should look out for rain transitioning with little notice into heavy, wet snow on Sunday afternoon.