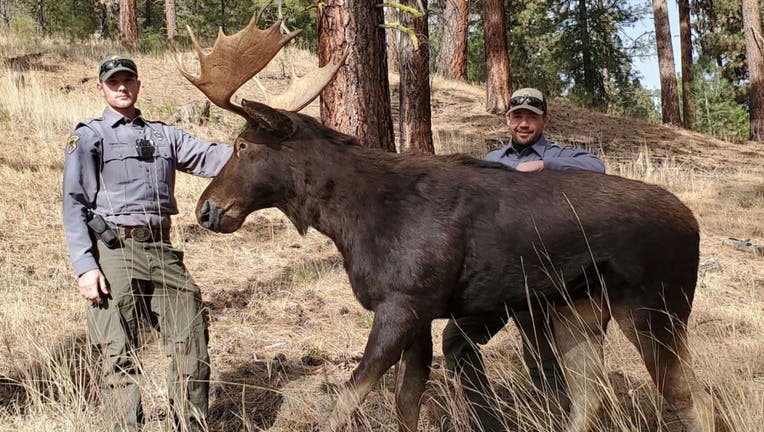 The decoys are designed not only to look like real animals but also act like them in limited ways. (Idaho Department of Fish and Game)

In an effort to stop illegal hunters, officials in Idaho are utilizing high-tech methods. Now, people looking to hunt in certain areas will have to determine whether the animal they're aiming at is real or a police decoy.

The Idaho Department of Fish and Game announced that it will be using decoys in areas known for illegal hunting. According to a press release, the department will be using “artificial simulated animals” (ASA) to catch people hunting in areas they’re not supposed to.

The decoys are designed not only to look like real animals but also act like them in limited ways. Authorities will be using decoys of deer, elk and other game species.

The ASA decoys will reportedly be used in areas known for spotlighting, trespassing and road hunting.

“Officers watch the animal and respond if someone violates the law," said Greg Wooten, Fish and Game chief of enforcement. "This tool is extremely important in our effort to curtail illegal activity that is otherwise undetectable.”

Wooten continued, “This is similar to other law enforcement agencies watching an intersection based on reports of frequent instances of failing to stop at a stop sign, or monitoring speed compliance using radar.”

Officers will observe the ASA decoys and take action against any hunter that shoots at one. Offenders can face a fine of up to $1,000 and up to six months in jail. Authorities will also be issuing citations for shooting from a road, shooting from a motorized vehicle and other infractions.