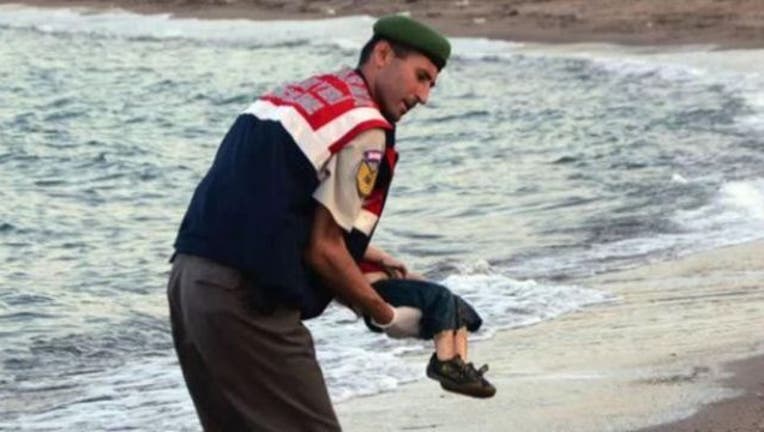 The tragic image of a drowned toddler whose body washed up on a beach in one of Turkey’s most popular resorts went viral Wednesday, underscoring the increasingly desperate plight of migrants trying to flee Africa and the Middle East in hopes of a better life in Europe.

The boy, presumed to be from Syria, was found dead Wednesday near the town of Bodrum. A Turkish police officer is shown in the image carrying the boy's body away from the waves.

At least 12 migrants, including the boy and four other children, drowned off the Turkish coast when two boats carrying them to the Greek island of Kos capsized, Turkish officials told The Associated Press. Television images also showed the boy – wearing a bright red T-shirt and shorts -- lying face down in the surf, Reuters reported.

Turkish media identified the boy as 3-year-old Aylan Kurdi and reported that his 5-year-old brother died on the same boat. The boys were from the Syrian town of Kobani, the scene of heavy clashes between Islamic State militants and Kurdish regional forces months ago, Reuters reported, citing local media.