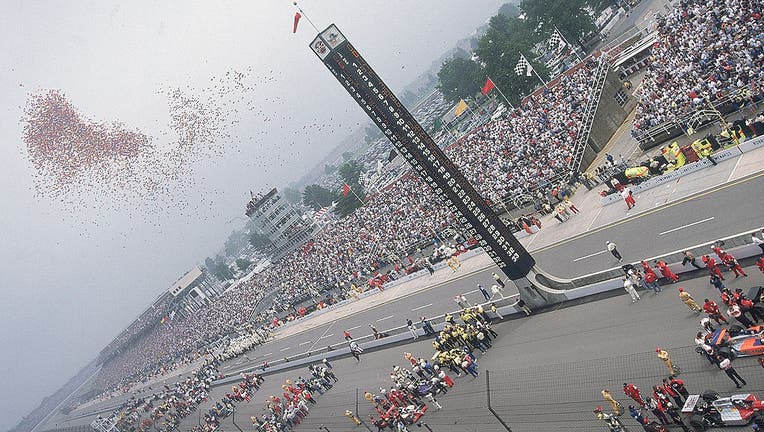 FILE IMAGE - View of balloons released as drivers line up in starting grid on pit road before the start of the race at Indianapolis Motor Speedway on May 24, 1998. (Photo by George Tiedemann /Sports Illustrated via Getty Images)

The tradition of releasing thousands of balloons before the Indianapolis 500 has been removed from the 2022 event schedule, officials said Wednesday — citing environmental concerns as a factor in the decision.

Indianapolis Motor Speedway officials said the annual event, scheduled as part of the May race activities, had been "paused." Speedway spokesman Alex Damron confirmed that criticisms of the practice from a number of groups, individuals, and fans in recent years had played a role in the move.

"While we understand the historical connection of the balloon release to many of our fans, we have paused it for now and will continue to evaluate the best opportunities to celebrate our event’s unique legacy and traditions moving forward," Damron said in a statement to FOX Television Stations. "We are confident that this year’s pre-race activities will be as exciting and celebratory as any we have had at IMS."

The pre-race balloon release normally coincides with the singing of "Back Home Again in Indiana" and the tradition dates back to 1947, according to FOX59. This year, there will be a second pre-race flyover at the conclusion of the song.

In 2019, the last time the balloon release was performed, a billboard urging against the tradition temporarily appeared near the speedway. It depicted someone holding a shredded balloon and read, "Balloons pollute and kill," followed by the hashtag "StopLitteringIMS." The sign was later removed.

Florida resident Danielle Vosburgh, who arranged for the sign, told The Indianapolis Star that the billboard was funded by donations and a Fund for Wild Nature grant. Vosburgh added that the billboard owner, Outlook Media, said it was taken down after the sign was deemed to be an attack ad.

Damron said at the time that track officials were consulting with stakeholders and experts "to fully understand the impact of this practice and determine its status in the years ahead." 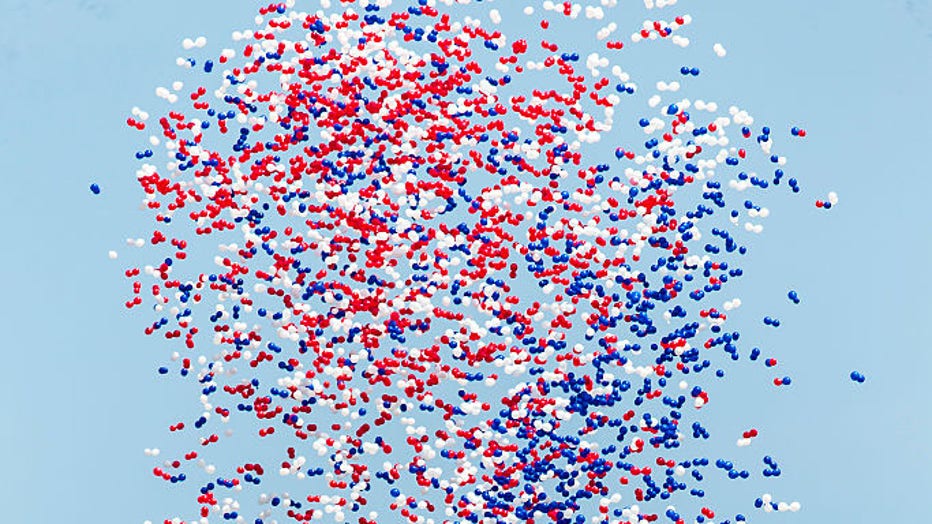 FILE IMAGE - May 24th, 2015: The balloons get released during the running of the Greatest Spectacle in Racing the 99th Indianapolis 500 in Indianapolis, Indiana. (Photo by Dan Sanger/Icon Sportswire/Corbis/Icon Sportswire via Getty Images)

The practice has also been heavily criticized by the conservation organization Indiana Audubon Society, which maintains that balloon debris entangles birds, fish and other animals — strangling them or damaging their limbs. It also states that animals can mistake balloons for food and ingest them, which can harm or kill them.

"These massive balloon releases result in thousands of pieces of trash eventually falling to the ground and into waterways. At best, the debris becomes unsightly pollution. Frequently, however, this tradition poses a dangerous threat to wildlife and domestic animals," the organization states on its website, listing other organizations that have also opposed the Indy 500 balloon release.

"The garbage can easily make its way through air currents and rivers to the ocean, where it contributes to massive trash islands and the death of sea turtles, whales, and other marine life."

How fast fashion impacts the environment

Akhil Sivanandan co-founded Green Story, a platform to measure and communicate the environmental impact of products. He shares the negative aspects of fast fashion on our planet.

The IndyStar reported that some balloons showed deterioration after nearly 11 months — but most of them remained largely intact.

"All of the balloons submerged in water looked and felt nearly identical to balloons right out of the package," the newspaper said.