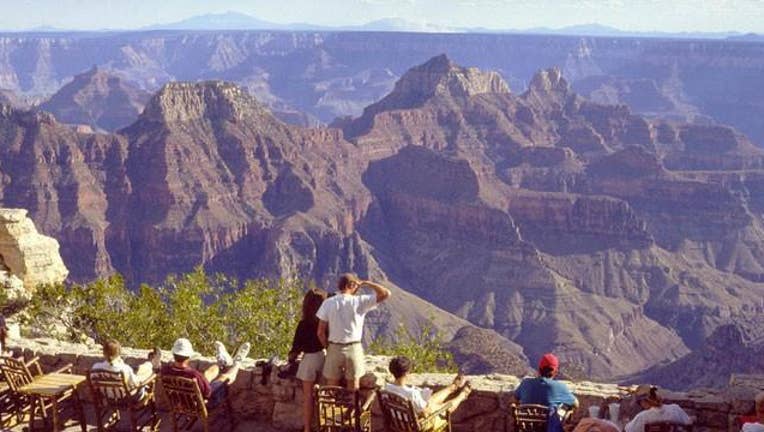 WASHINGTON (AP) - The Interior Department is backing down from a plan to impose steep fee increases at popular national parks in the face of widespread opposition from elected officials and the public.

The plan would nearly triple entrance fees at 17 of the nation's most popular parks, including the Grand Canyon, Yosemite, Yellowstone and Zion, forcing visitors to pay $70 per vehicle during the peak summer season.

While plans are still being finalized, a spokeswoman for Interior Secretary Ryan Zinke said officials have "taken the public's suggestions seriously and have amended the plan to reflect those" comments.

Zinke announced the fee hike last October, saying it could raise $70 million a year to pay for maintenance projects at the National Park Service. The plan drew immediate resistance from lawmakers and governors of both parties, who said the higher fees could exclude many Americans from enjoying national parks.

Most of the parks affected by the plan are in the West, including Mount Rainier and Olympic parks in Washington state, Rocky Mountain in Colorado and Grand Teton in Wyoming. Acadia National Park in Maine and Shenandoah National Park in Virginia also would be affected.

The park service received more than 109,000 comments on the proposal, most of them opposed, during a two-month comment period that ended in late December.

One commenter told the agency, "If I were considering a trip to one of these parks and suddenly found that the trip would incur an exorbitant entry fee, I would not...repeat NOT take my family on this trip."

Emily Douce, budget and appropriations director for the National Parks Conservation Association, said she was glad that the Interior Department appears to be listening to the public.

While the group recognizes that fee increases are sometimes necessary, "We were adamantly against the fee proposal that came out," Douce said. "It was too much, too fast."

Spokeswoman Heather Swift said Tuesday that Zinke "remains laser-focused on rebuilding our park infrastructure" and addressing an $11 billion maintenance backlog in the parks.

The fee hike, along with a bipartisan bill pending in Congress to create a parks maintenance fund, "will provide a historic investment" in the park system, Swift said.

A bill co-sponsored by Sens. Lamar Alexander, R-Tenn., Steve Daines, R-Mont., and other lawmakers would use revenue from energy production on federal lands to help reduce the long-standing maintenance backlog at national parks.