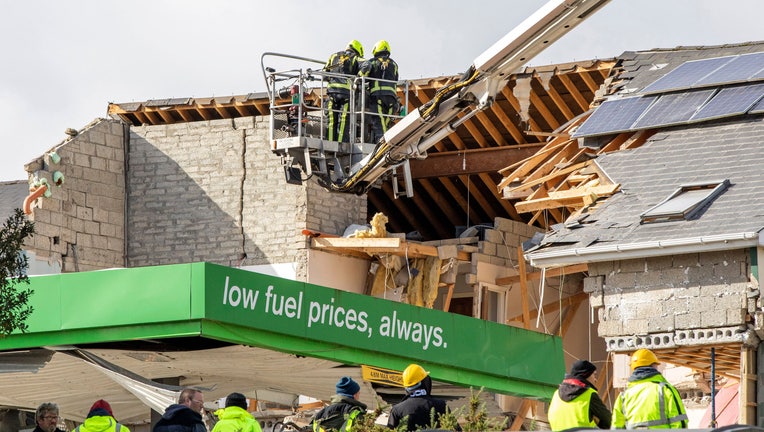 Emergency services attend the scene following an explosion in Creeslough, in the north west of Ireland on October 8, 2022. - At least nine people have been killed in an explosion at a petrol station in County Donegal in Ireland's northwest, police sa

The death toll from a gas station explosion that shattered a small village in northwest Ireland rose to nine on Saturday, as emergency workers combed through piles of rubble for people who are still missing.

Irish police said they did not expect to find any more survivors from Friday's explosion in Creeslough, County Donegal. Eight people have been hospitalized after the blast destroyed the Applegreen service station in the community of about 400 people near Ireland's rugged Atlantic coast.

"The search and recovery for further fatalities continues," said the police force, An Garda Siochana. The cause of the blast is under investigation.

Emergency responders from Ireland and neighboring Northern Ireland were involved in what police said was now a "search and recovery" operation. Sniffer dogs combed the debris, and a mechanical digger lifted piles of rubble from the site.

The explosion leveled the gas station building, which holds the main shop and post office for the village, damaged an adjacent apartment building and shattered the windows in nearby cottages.

"There were blocks thrown a hundred yards away from the scene," local medic Dr. Paul Stewart told Irish broadcaster RTE. "The whole front of the building collapsed… and the roof of the first floor collapsed down into the shop. It’s a miracle they got anyone out."

Irish Prime Minister Micheál Martin said it was one of the "darkest of days for Donegal and the entire country." 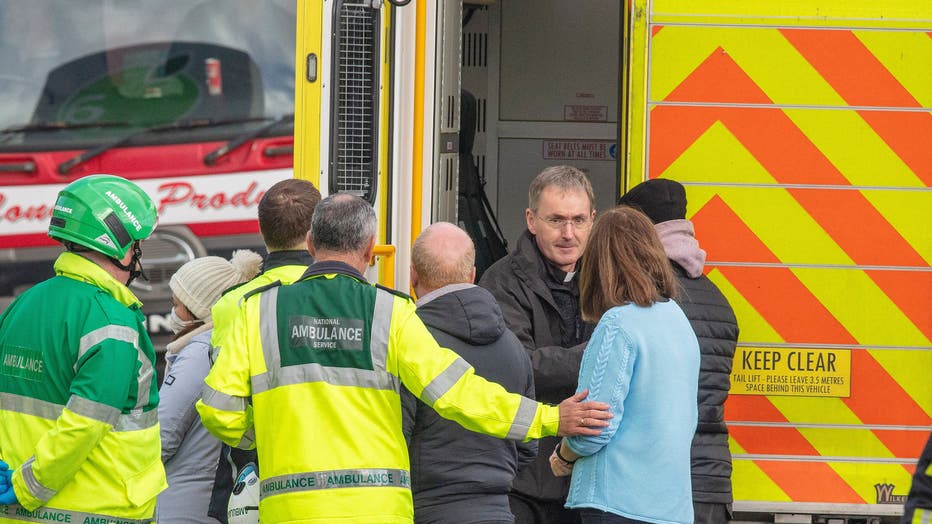 A priest comforts people by an ambulance as emergency services attend the scene following an explosion in Creeslough, in the north west of Ireland on October 8, 2022. (Photo by PAUL FAITH/AFP via Getty Images)

"People across this island will be numbed by the same sense of shock and utter devastation as the people of Creeslough at this tragic loss of life," Martin said.

Agriculture Minister Charlie McConalogue, who represents Donegal in Ireland's parliament, said the service station was well known across the country because of its prominent position on the area's main N56 road, and was "the heart" of the local community.

"People are shocked and numbed," he told Irish broadcaster RTE. "People have been rallying together and everyone’s concern is with the families of those who have lost their loved ones and how they can support them."

Another local lawmaker, Pearse Doherty, said the full impact of the tragedy had yet to sink in.

"(It’s) something nobody ever thought could happen in a little village like this where everyone knows each other," he said. "A quarter past three yesterday, kids were coming out of school, people were going to collect their welfare payments. For such a nightmare to occur, that will take some time to sink in."