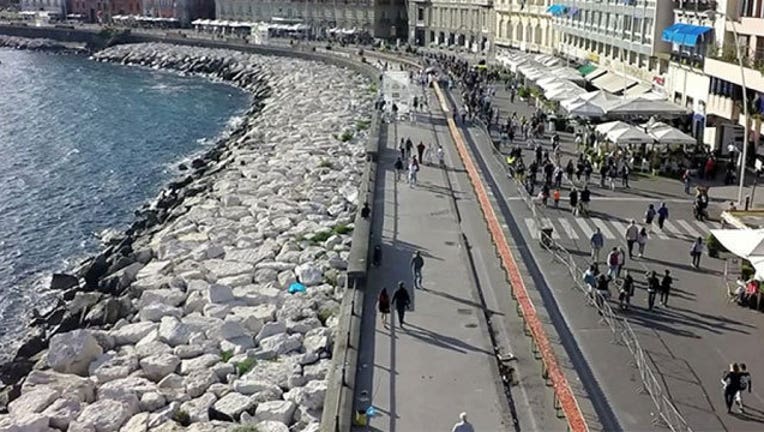 The pizza, which stretches over a mile long, can't even be viewed in it's entirety. (Guinness World Records)

Italy may not have the world’s best pizza but it can now officially say it has the longest.

On Wednesday, 100 chefs gathered in Naples, Italy to create a pizza stretching over 6,082 feet—that’s 1.15 miles long. Guinness World Records has officially proclaimed it as the longest pizza ever made.

Impressive aerial footage showcases the pizza in all of its glory as it stretches along the seafront harbor.

The mouth-watering attempt, which took place during  the 'L’Unione Fa La Pizza' event, was organised by Oramata, the company behind Napoli Pizza Village, in partnership with Associazione Pizzaiuoli Napoletani, City of Naples, and the Univerde Foundation.

After the record was confirmed by Guinness authorities, tourists and locals were able to help themselves to a slice of the world’s longest pie. The remaining pizza was handed out to the hungry and others in need at the Camper Onlus Association, the Italian Red Cross and the Chicchi di Grano Association.