Dolly Parton: The life of a leading lady in music and kindness

A quick look at the incredible life of Dolly Parton.

COLUMBUS, Ohio - Get excited, ice cream lovers. There’s a new flavor coming to town — and it’s inspired by the one and only Dolly Parton.

Jeni's Splendid Ice Cream, an artisan ice cream brand with a cult following, announced this week a new collaboration with the country music icon. The company had been teasing fans about a new "collab flavor" on its Instagram.

Parton, who turned 75 this year, is a Grammy-winning music legend as well as a lifelong philanthropist. The new ice cream flavor, which has not yet been revealed, will benefit Parton’s Imagination Library — a book gifting program that mails free books to kids under the age of 5 across the world to improve child literacy.

In addition to her literacy program, Parton has kept busy with other efforts as well.

In 2020, she donated $1 million to Vanderbilt University Medical Center in Nashville, Tennessee, for coronavirus vaccine research. Earlier this month, she rolled up her sleeve to finally receive the Moderna COVID-19 vaccine that her donation helped develop.

"Dolly gets a dose of her own medicine," Parton wrote in a March 2 post on Twitter with a picture of her getting the vaccine.

She said she even changed the lyrics to her iconic song "Jolene," to "fit the occasion."

Parton had earlier told The Associated Press that she was going to wait to get the shot until it became more widely available because she didn't want to look like she was jumping the line. 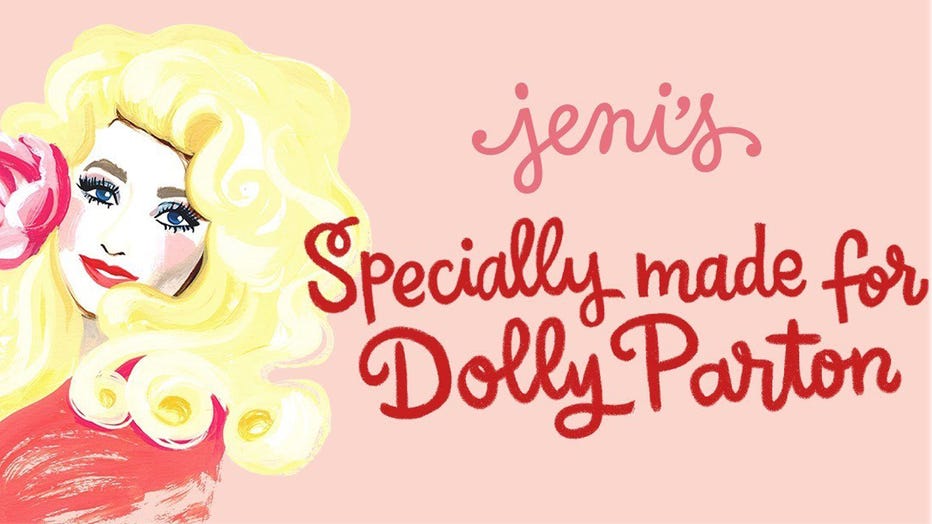 A decade ago, Parton earned the Grammy Lifetime Achievement Award. She is the second-most nominated woman in Grammy history, only behind Beyoncé.

She has also been supportive of the Black Lives Matter movement, and her advocacy for racial justice was celebrated in a mural last summer in Nashville.

In January, Tennessee lawmakers introduced a bill that would have erected a statue of her on the Capitol grounds in honor of her contributions to the state. But Parton asked for them to withdraw the bill, thanking the legislature for their consideration and saying she was honored and humbled by their intentions.

"Given all that is going on in the world, I don’t think putting me on a pedestal is appropriate at this time," Parton said at the time.