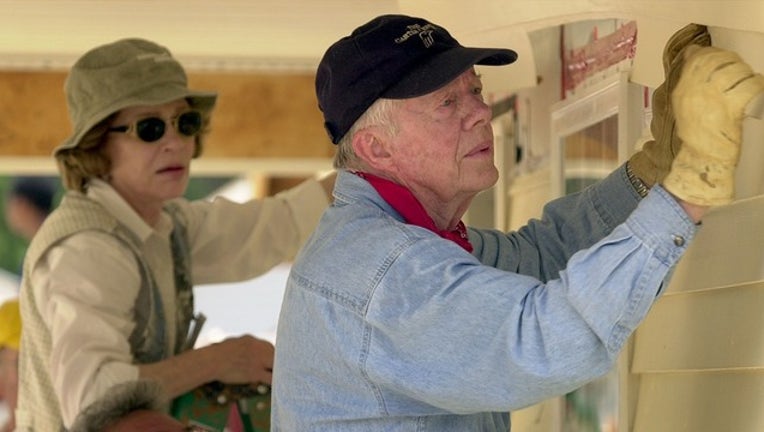 ORLANDO, Fla. (FOX 35 ORLANDO) - Just months after breaking his hip, former president Jimmy Carter is planning to pick up his hammer and nails for a good cause.

Carter and his wife Rosalynn are scheduled to begin building homes for Habitat for Humanity in Nashville, Tenn. in October.

A spokesperson for the nonprofit organization told The Hill: “There have been many times when people have tried to count President Carter out, and they have never been right. We are excited that they will both [be] back.”

The build is reportedly scheduled to begin Oct. 6-11. The goal is to complete 21 homes for needy families.

“During the week, homeowners will work alongside President and Mrs. Carter and hundreds of other volunteers to build 21 new, affordable homes. Garth Brooks and Trisha Yearwood, who have worked alongside the Carters for over a decade, will also volunteer during the build week,” Habitat for Humanity spokeswoman Rowena Sara told The Hill.

Helping build homes has been a passion of the former first couple. Sara said that they have worked with over 100,000 volunteers, helping to build and repair more than 4,300 homes across 14 countries.

Carter underwent surgery after breaking his hip at his home in Georgia in May.