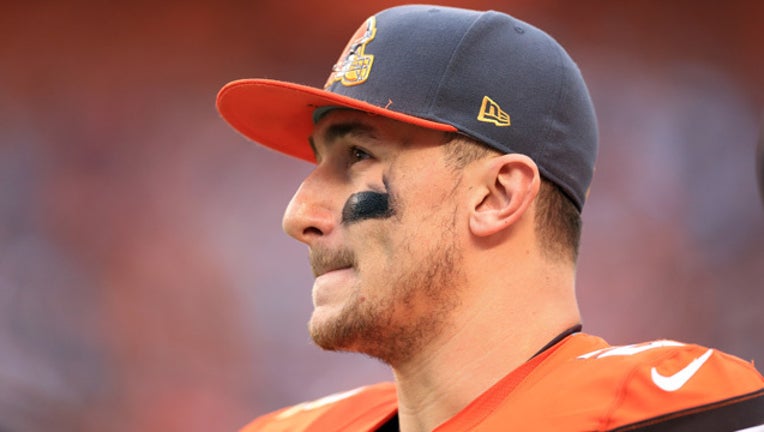 Quarterback Johnny Manziel #2 of the Cleveland Browns on the sidelines during the fourth quarter against the San Francisco 49ers at FirstEnergy Stadium on December 13, 2015 in Cleveland, Ohio. (Photo by Andrew Weber/Getty Images)

(FOX NEWS) - Former NFL quarterback Johnny Manziel was hospitalized Monday in Texas after having a bad reaction to a prescription medication that was recently adjusted.

Manziel, 25, was transported to a hospital in Humble to be examined. The former Cleveland Browns quarterback was in the area to attend the JMBLYA festival with some friends. He had played in a golf tournament earlier in the day, TMZ reported.

Denise Michaels, Manziel's representative, told TMZ it seemed "he had a reaction to an adjustment in his prescription."

Manziel revealed in February he had bipolar disorder. The former quarterback released a statement regarding his hospitalization.