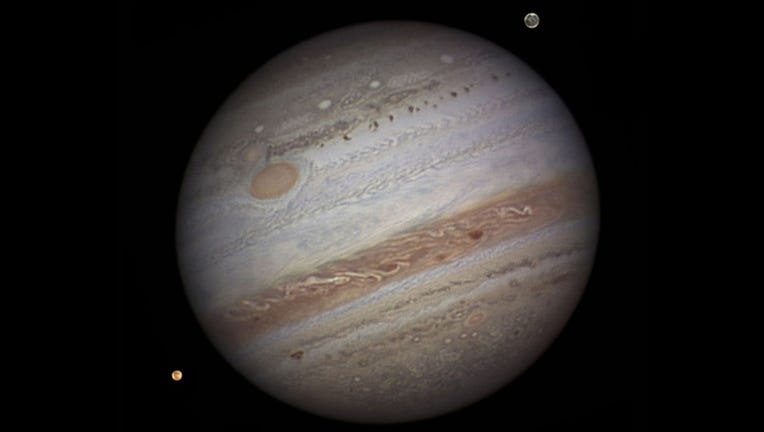 This image was acquired on Sept. 12, 2010, when Jupiter was close to opposition. South is up and the "Great Red Spot" is visible. Two of Jupiter's moons, Io and Ganymede, can also be seen in this image. (Photo by: Universal History Archive/Universal

Just after the fall equinox in the Northern Hemisphere, it will be a prime viewing time for sky watchers seeking a special glimpse of Jupiter, which will soon make its closest approach in nearly 60 years.

There will be great views of Jupiter throughout the night of Monday, Sept. 26, when the largest planet in our solar system reaches opposition, according to NASA. Opposition is when Earth passes directly between the sun and an outer planet — in this case, Jupiter — placing the giant planet and the sun on opposite sides of Earth.

Jupiter’s opposition happens every 13 months, which makes the planet appear larger and brighter than at any other time of the year, NASA says. What makes this period of opposition even more special is that Jupiter will also make its closest approach to Earth in the last 59 years — two things that rarely coincide.

The planets in our solar system do not orbit the sun in perfect circles. Instead, they orbit in more of an ellipse or "flattened" circle shape. This means Earth and Jupiter pass each other at different points throughout the year. 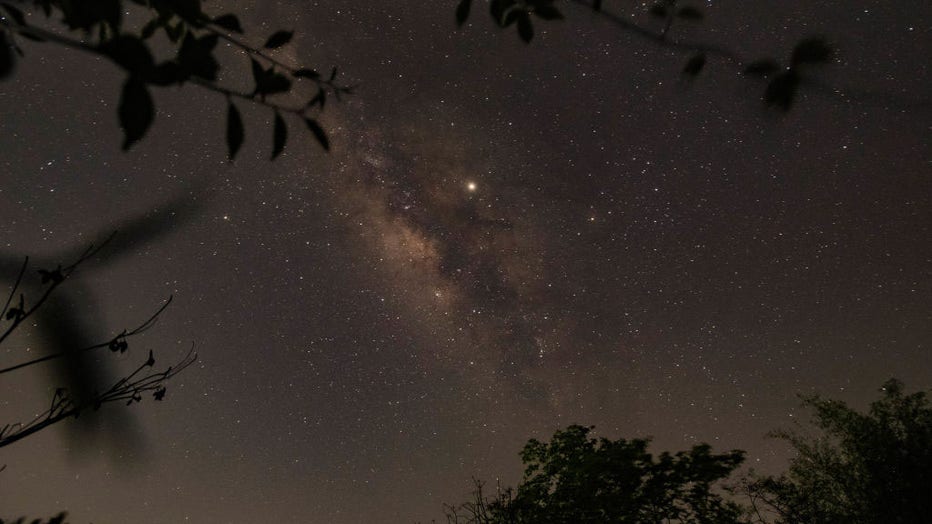 FILE - A display of the summer Milky Way. Seen in this photograph is the spiral arm of our galaxy; stars of the constellation Libra, constellation Scorpius, Planet Jupiter (Bright Spot at the Center) & Majestic Saturn at 8 o'clock of Jupiter. Thi

Jupiter will be approximately 367 million miles in distance from Earth at its closest approach. The last time the giant planet was so close was in 1963, NASA says.

At its farthest point, the giant planet is approximately 600 million miles away from Earth.

How to see Jupiter’s opposition, closest approach to Earth

"The views should be great for a few days before and after Sept. 26," Adam Kobelski, a research astrophysicist at NASA’s Marshall Space Flight Center in Huntsville, Alabama, said in a statement this month.

"So, take advantage of good weather on either side of this date to take in the sight. Outside of the Moon, it should be one of the (if not the) brightest objects in the night sky," Kobelski added.

An ideal viewing location will be at a high elevation in a dark and dry area. Kobelski also recommended a larger telescope to see Jupiter’s Great Red Spot and bands in more detail.

Jupiter has 53 named moons, but scientists believe there are 79 moons in total, according to NASA. The four largest moons, Io, Europa, Ganymede, and Callisto, are called the "Galilean satellites" — named after the man who first observed them in 1610, Galileo Galilei.

In binoculars or a telescope, the Galilean satellites should appear as bright dots on either side of Jupiter during opposition.

"With good binoculars, the banding (at least the central band) and three or four of the Galilean satellites should be visible," Kobelski said. "It’s important to remember that Galileo observed these moons with 17th-century optics. One of the key needs will be a stable mount for whatever system you use."

Exploring Jupiter and its moons

NASA’s Juno spacecraft has been orbiting Jupiter for six years, sending back images and data about Jupiter’s atmosphere, interior structures, internal magnetic field, and magnetosphere. It first launched in 2011 and reached the planet five years later.

The space agency is also planning its next major Jupiter exploration project, involving a spacecraft called the Europa Clipper.

Scheduled to launch no earlier than October 2024, the spacecraft will Jupiter’s moon, Europa, which is known for its icy shell and the vast ocean beneath its surface.

Scientists hope to see whether Europa has conditions able to sustain life, the agency said.