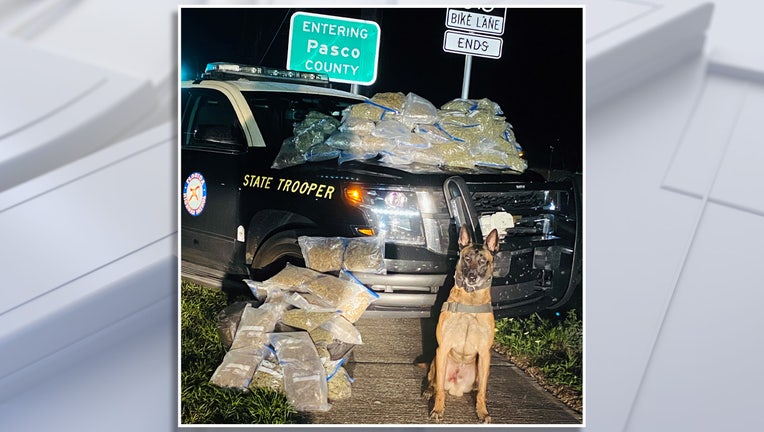 ODESSA, Fla. - Troopers in Pasco County say they found over 25 pounds of marijuana stuffed in the back of a car that had rolled through a stop sign.

According to the arrest report, it was just before 2 a.m. Monday when an FHP trooper pulled over a red Pontiac for failing to stop at a stop sign along State Road 54 and Trinity Blvd. Two men in the car were nervous and “visibly trembling.”

The trooper noticed a strong smell of marijuana coming from the car and spotted a bag of the drug on the passenger-side floor. After K-9 ‘Titan’ signaled a positive alert for more drugs, troopers say they spotted several trash bags full of marijuana in the back seat. 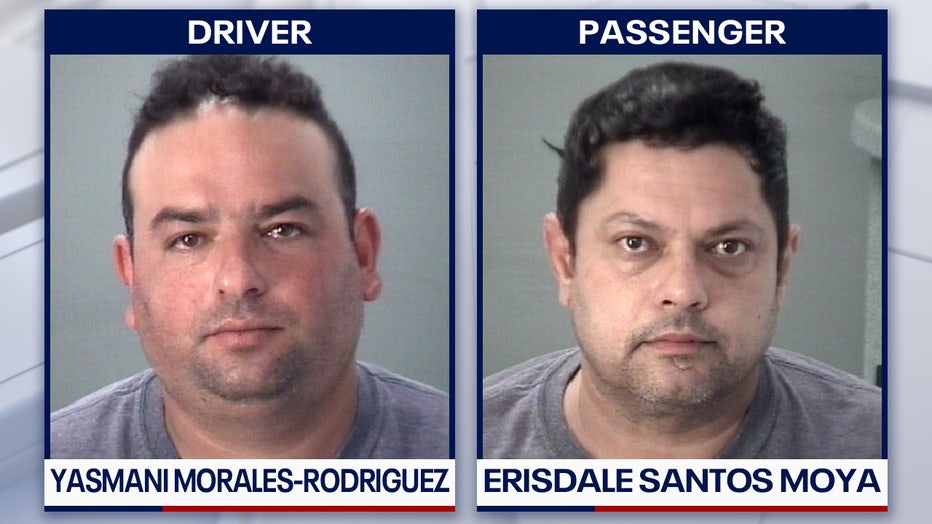 The drugs – more than 25 pounds in all – were mostly packaged into gallon-sized plastic bags, all stuffed into the black plastic trash bags.

Both men were arrested.  Troopers say the driver, 36-year-old Yasmani Morales Rodriguez, was also charged with driving on a suspended license.