DA Larry Krasner approved murder and related charges against Keith Gibson in the fatal shooting of a Dunkin’ store manager in North Philadelphia during an armed robbery.

PHILADELPHIA - Keith Gibson, a 39-year-old man arrested Tuesday in connection to a violent robbery in Wilmington, is facing murder and related charges in the shooting death of a Dunkin' manager in Philadelphia over the weekend, prosecutors said Wednesday.

Philadelphia Police Department Chief Inspector Frank Vanore said 41-year-old Christine Lugo was opening the Dunkin' on the 500 block of Lehigh Avenue shortly before 6 a.m. when Gibson entered the store and stole about $300. Before leaving Vanore said Gibson allegedly shot Lugo once in the head.

Shortly after police released surveillance footage of the Dunkin' homicide, authorities in Delaware noticed the suspect matched the description of a man wanted for fatally shooting a female T-Mobile store employee on May 15. Investigators say Leslie Basilio, a mother of two, was robbed and shot in the head inside T-Mobile on the 900 block of Kirkwood Highway in Elsmere around 5 a.m.

"The crimes we allege Keith Gibson committed on June 5th are shocking. We are heartbroken for Ms. Christine Lugo and for everyone who is grieving her loss. As with all criminal matters, the Philadelphia District Attorney’s Office will seek justice and accountability for this terrible violence, and for the impact such violence has on our communities. All of us -- from delivery drivers to store managers -- deserve to be safe at work at all hours, and to come home to our loved ones," DA Larry Krasner said.

Krasner added, "Keith Gibson is also facing criminal prosecution for heinous crimes in Delaware, where he is being held in custody. Investigations of additional criminal incidents, including murders, are ongoing, and will likely result in additional criminal charges. I’m thankful to the Philadelphia Police and to our law enforcement colleagues in Delaware who helped bring this defendant into custody and are working collaboratively on multiple, complex investigations."

Chief Inspector Vanore said during a press conference Wednesday that Gibson is being investigated in at least three other violent crimes in Delaware, including a street robbery that left a man dead and a convenience store robbery that critically injured another man.

Suspect in custody in connection to deadly robberies in Philadelphia, Delaware

FOX 29's Steve Keeley has the latest details on a man suspected of deadly robberies in Philadelphia and Delaware.

The Wilmington Police Department said Gibson was arrested Tuesday night after he robbed a Rite Aid on the 800 block of West 4th Street. During the robbery, he allegedly pistol-whipped and shot towards a female employee before fleeing. FOX 29's Dave Schratwieser reports that the female employee threw a GPS tracker into the bag that Gibson ran off with, helping lead police to him.

Authorities said Gibson was found on the 800 block on West 5th Street with a ballistic vest, a loaded firearm, a knife, and narcotics. He was taken into custody and charged with a number of crimes including first-degree robbery and possession of a deadly weapon, according to police. 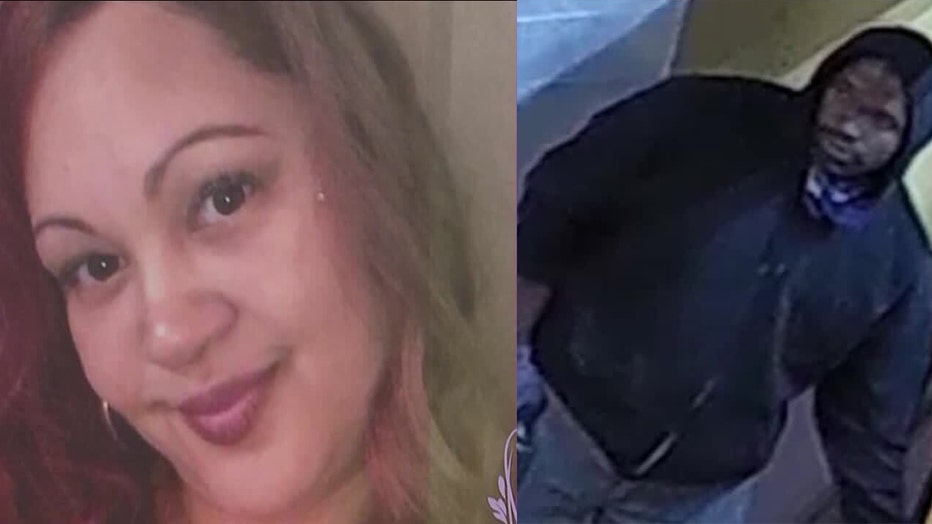 Philadelphia Police say Keith Gibson is expected to be charged in the shooting death of 41-year-old Christine Lugo and may be connected to other violent crimes in Philadelphia and Delaware.

Hours later, during Philadelphia's weekly gun violence press conference, Vanore confirmed that Gibson could also be charged in the murder of his own mother who was found shot in her office in East Falls last February.

Vanore said Gibson was released on parole after being in custody from 2008-2020 for a robbery and homicide at a commercial property. He was found to be in violation of his parole at the time of his mother's death, but authorities could not link him to the murder.

Suspect in custody in connection to deadly robberies in Philadelphia, Delaware