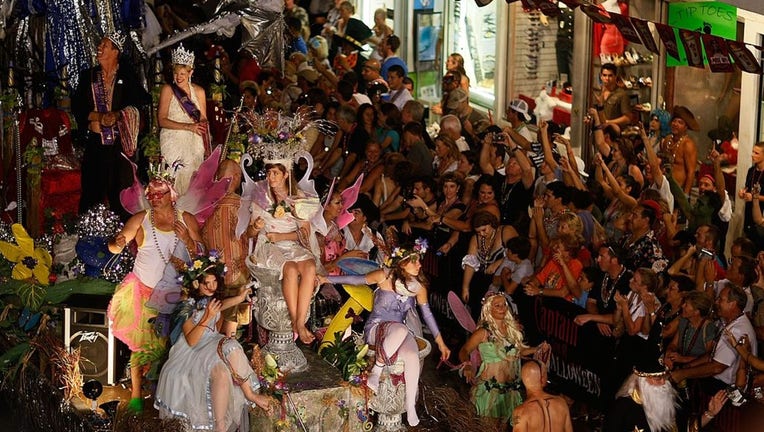 KEY WEST, Fla. (AP) - An annual celebration of debauchery and outrageous costumed parties in the Florida Keys is canceling its famous parade this year due to the state’s surge in COVID-19 cases, but events connected to the 42-year-old festival are still being held, according to planners.

The Fantasy Fest parade and a street fair in Key Fest slated for the end of October have been canceled because of the pandemic, and a masquerade march through the city’s Old Town section has been put on hold until organizers can determine that it’s safe to hold, Nadene Grossman Orr, the festival’s director said in a statement earlier this week.

Attendees of the adult-oriented festival are being asked to be fully vaccinated and they should come prepared with proof of vaccination or a negative COVID-19 test and face masks, she said. 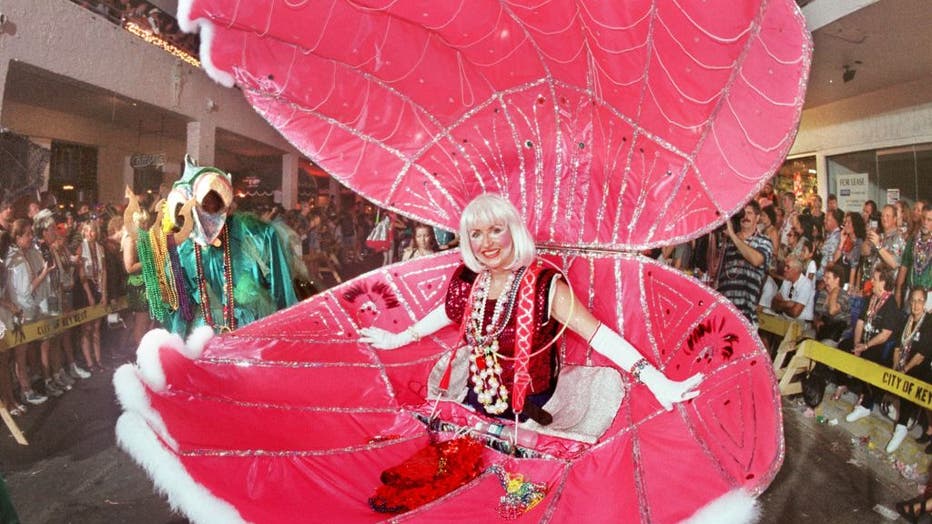 Sue D'Antonio of Big Pine Key, Fla., dances and prances in her "Pearl of the Sea" costume in the Fantasy Fest Parade October 30, 1999 in Key West. The parade, which attracted more than 50,000 celebrants, was the climactic event of the 10-day Key West 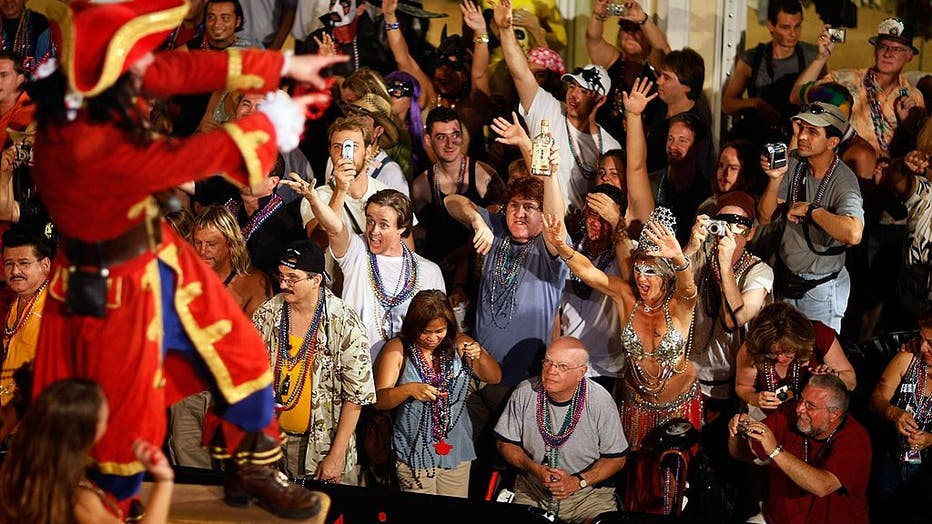 People react to a float passing through the streets as they participating in the Fantasy Fest Masquerade parade October 27, 2007 in Key West, Florida. The ten day costuming and masking festival ends Sunday. (Photo by Joe Raedle/Getty Images)

"We cannot look into the future, but we can certainly see what is happening in our community today, and the impact that the new variant of COVID-19 has made," Grossman Orr said. "Fantasy Fest – will look different this year but it is not canceled!"

In pre-pandemic times, the 10-day festival attracted as many as 75,000 visitors each year around Halloween for dozens of adult parties, costumed marches, street fairs, and balls. The highlight of the festival was the Fantasy Fest parade, a Mardi Gras-worthy procession of floats, as well as costumed and often scantily dressed revelers.