Charley Torres, 35, recorded this video for his children before dying from COVID-19 two weeks later on Valentine's Day.

MANVEL, Texas - Charles "Charley" Torres used what little strength he had left to record a heartbreaking video for his children from his hospital bed before dying from COVID-19 two weeks later on Valentine’s Day 2021.

"I love you with all my heart," Torres said while struggling to breathe through a mask. "I love you so much. Know that daddy loves you."

The 35-year-old father then said the names of each of his three children and four stepchildren, telling them once again that he loved them and to take care of their mother before the video ended.

"One of the things that he did that was most important was that he loved his children and took care of his children," Charley’s father, Alex, told FOX Television Stations on Wednesday. "He wanted to make sure he left something for the kids just in case that things started going wrong."

Alex said his son had suffered from bouts of pancreatitis since 2010. Charley went to the emergency room in mid-January for a fever, believing he was suffering from an intense pancreatic episode.

After being hospitalized, doctors diagnosed him with COVID-19 and put him on a ventilator. He died on Feb. 14.

"You never think it’s going to happen to you," Alex said. "I’ve been praying to God my entire life that I never outlive my children."

The family doesn’t know how Charley contracted the coronavirus.

Charley worked as a volunteer firefighter and as a FEMA Disaster Assistance Specialist. He was also part of the Knights of Columbus.

The family has started a GoFundMe page. 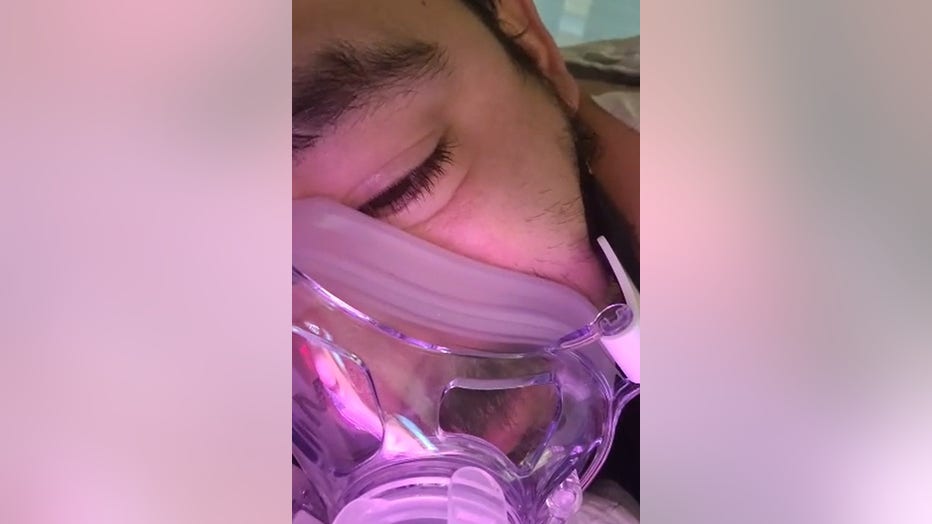 A still picture from the video Charley posted before dying (Credit: Ana Orozco)

On Tuesday, Texas Gov. Greg Abbott lifted COVID-19 restrictions on businesses and the state’s mask mandate, despite warnings from the CDC that variants are rapidly spreading.

"Removing statewide mandates does not end personal responsibility," said Abbott, speaking from the crowded dining room of a restaurant in Lubbock, surrounded by several people not wearing masks.

"I just announced Texas is OPEN 100%," Abbott tweeted on Tuesday.

"The last thing we need is Neanderthal thinking that in the meantime, everything’s fine, take off your mask, forget it. It still matters," he said from the White House on Wednesday.

Alex said he doesn’t mind Abbott lifting COVID-19 restrictions and the mask mandate in Texas, but he believes people should be prudent in not spreading the disease.

"The things you got to look at is the thing like social distancing. You got to avoid places we’re in a small area or a small room who could have, or potentially be exposed to, COVID," he said.