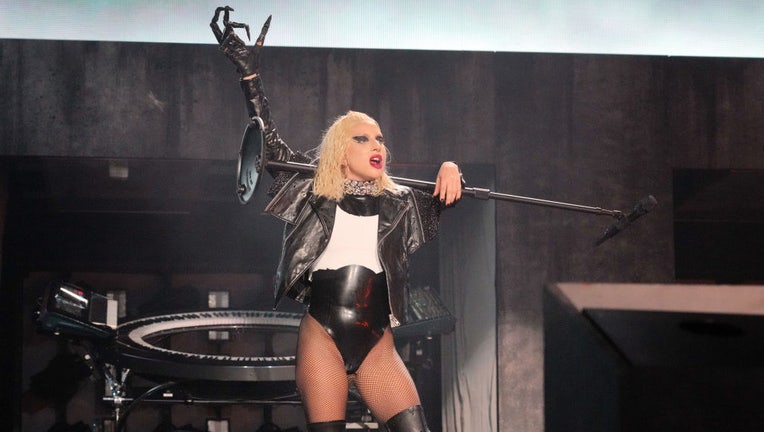 Pop star Lady Gaga posted an emotional Instagram video apologizing to fans for canceling the last show of her tour due to a lightning storm on Saturday.

In the video, the pop icon explains that she had to cut the final show of her Chromatica Ball tour short for safety reasons.

"We really tried to finish the show tonight in Miami but we couldn’t, because even when the rain sort of stopped, there was lightning that was striking right down to the ground, so close to us," the singer explained.

The "A Star is Born" actress is seen crying over the difficult choice she made, but said that the decision was made out of concern for her fans and crew.

LADY GAGA HIT IN THE HEAD DURING CONCERT: VIDEO SHOWS HOW THE 'HOLD MY HAND' SINGER HANDLED IT 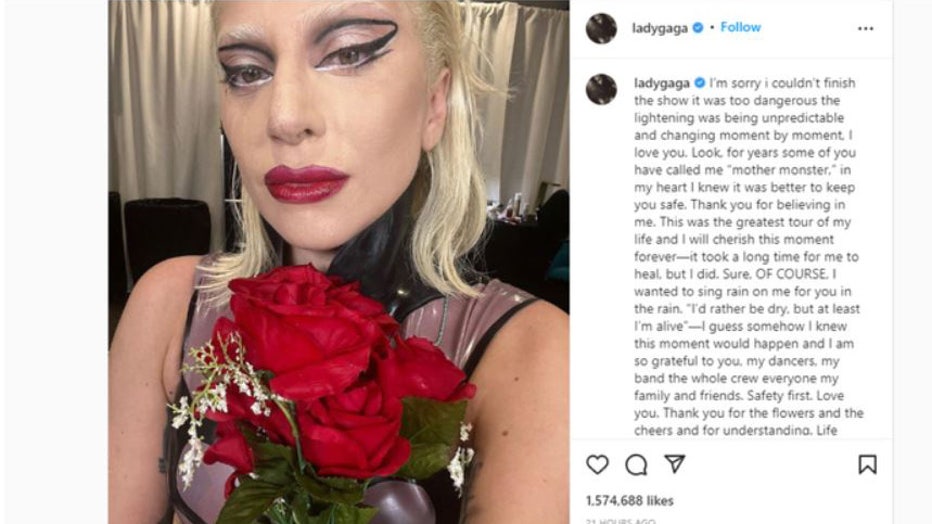 Lady Gaga posted a tearful Instagram video explaining that her Miami concert was canceled due to inclement weather. (@ladygaga via Instagram)

"I know that for a really long time I’ve always wanted to be, like, that hardcore bad b–tch, but what I really want is to also be responsible and loving," she explained. "I don’t know what I would do if anything happened to anybody in the audience or any member of my crew [or] my band, my dancers."

The pop star also apologized for not being able to do a performance of her song "Rain On Me" in the rain, which fans looked forward to.

Though the "Born This Way" singer was clearly upset in the video, many fans who attended the show at Hard Rock Stadium expressed sympathy on Twitter. 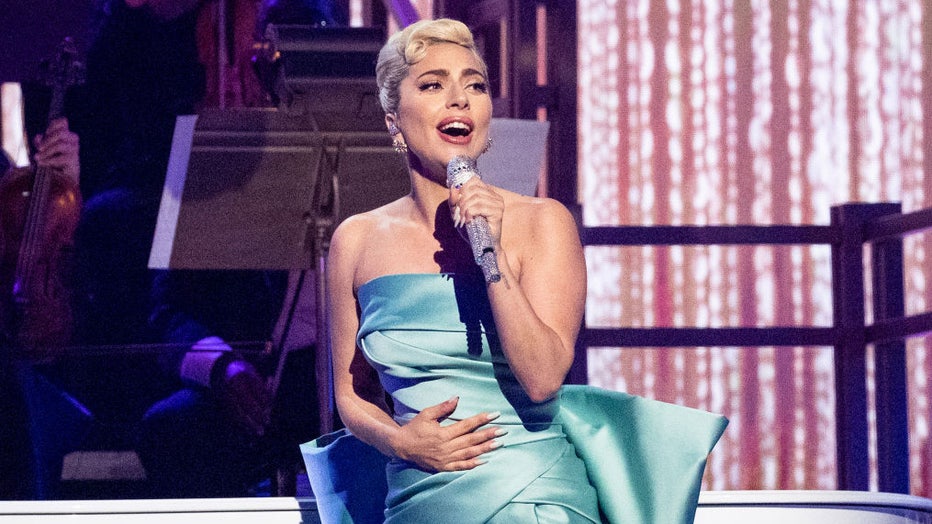 "I did spend a lot of money on that show specifically. I even flew from PA so don’t try me," one fan argued. "Safety > money any day. It’s disappointing for sure but I’d rather be disappointed than seriously injured."

"I hate it and love it, all at the same time," another attendee tweeted. "A part of me will look back and be disappointed the show got cut short… and then another part of me shall cherish the experience we all shared together."

The Chromatica Ball tour, which began in Düsseldorf, Germany in July, was a highly-anticipated concert tour to promote Lady Gaga's 2020 album "Chromatica". It was delayed two years due to the COVID-19 pandemic.