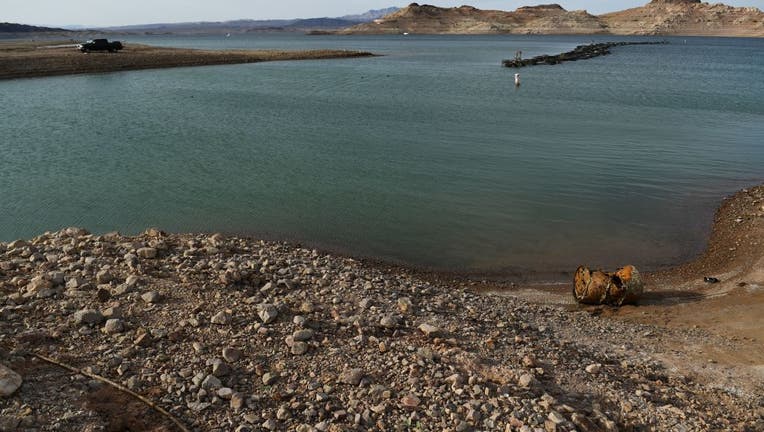 A rusted metal barrel, near the location of where a different barrel was found containing a human body, sits exposed on shore during low water levels due to the western drought at the Lake Mead Marina on the Colorado River in Boulder City, Nevada on

More human remains were discovered at Lake Mead in Nevada Saturday afternoon following last week’s discovery of other human remains in a barrel at the newly exposed bottom of the lake.

Park rangers responded to the scene and set up a perimeter around the remains. The Clark County Medical Examiner was contacted to determine the cause of death.

The investigation is ongoing. No further details were released. Fox News has reached out to NPS and the Las Vegas Metropolitan Police Department for comment but did not hear back before publication.

Last Sunday, boaters discovered skeletal remains inside a barrel at the bottom of Lake Mead. A severe drought has depleted its water levels so much that Las Vegas’ uppermost water intake became visible last week.

Homicide Lt. Ray Spencer said the body was that of a man who had been shot. He said the killing probably happened in the mid-1970s to early 1980s because the victim was wearing shoes that were manufactured around that time.

Spencer told KLAS-TV on Monday there was "a very good chance as the water level drops that we are going to find additional human remains."