HORSESHOE BAY, Texas - One house is burned to the ground following a large brush fire in Horseshoe Bay. No injuries were reported. “You see it movies but you don’t think it will happen right in your home,” said Tyler McDonough who lives near the fire.

“You never think it may happen to you. They tell you it is 10% contained but you still don’t know what can happen, it’s weird seeing that text that is saying you’re being evacuated,” said McDonough.

When the smoke cleared, one home was burned to the ground. Multiple agencies assisting from land to air. “I’ve seen a lot of choppers coming through here dumping water getting it from lake LBJ numerous firefighters coming in and out,” said McDonough.

Crews battled this intense fire while also battling the intense heat. McDonough said he couldn’t be more grateful for their help. 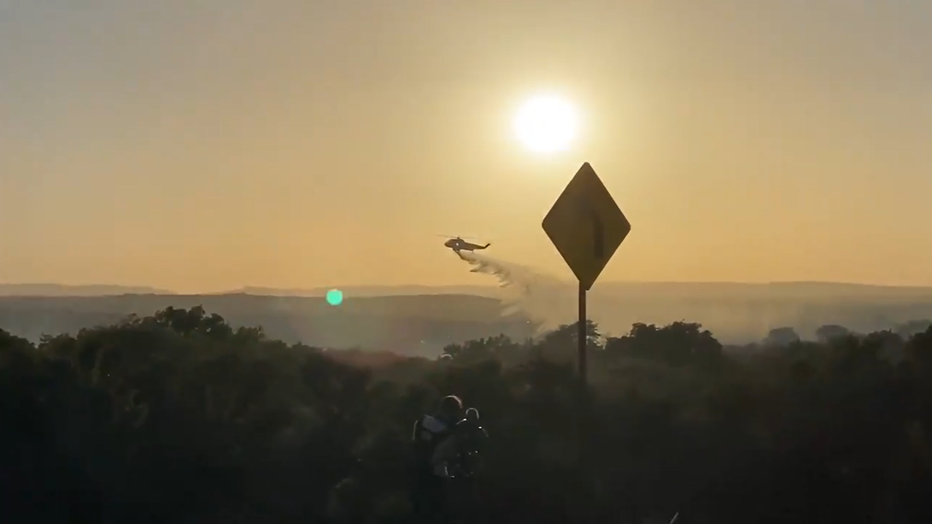 Residents were let back into their homes later in the evening. Crews are expected to keep fighting the fire and hot spots throughout the night.