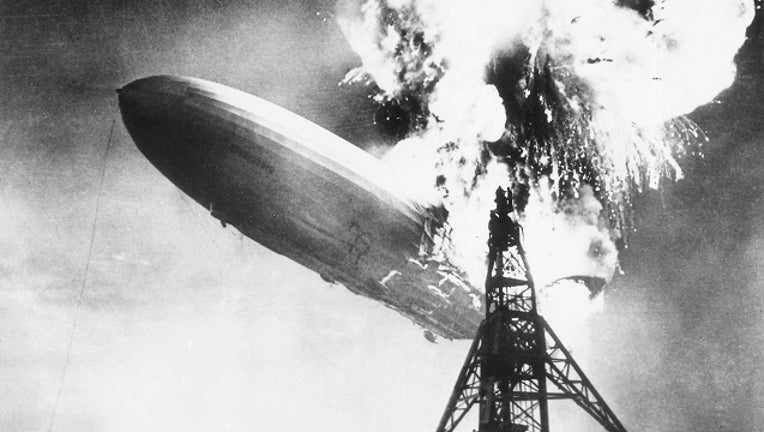 The explosion of the German airship Hindenburg while docking in the airship station of Lakehurst, New Jersey, May 6, 1937, United States of America, 20th century. (Getty Images/DEA Picture Library)

CONCORD, N.H. (AP) - The last remaining survivor of the Hindenburg disaster, who suffered severe burns to his face, arms and legs before his mother managed to toss him and his brother from the burning airship, has died.

The fire killed his father, sister and 34 others. He was just 8 years old at the time.