LEANDER, Texas - The Leander Police Department is seeking the public's help in identifying a suspect in a theft at a Leander GameStop Sunday evening.

Leander police say the suspect entered the GameStop near the HEB Plus in the 600 block of N. US 183 around 5 p.m. Jan.12 and stole several items by reaching behind the counter. He then ran from the store. 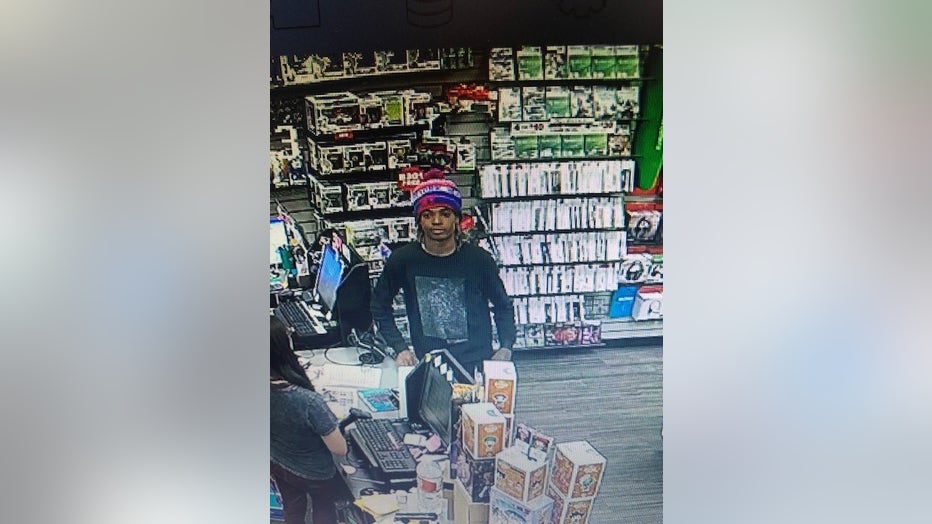 Leander police say the man looked to be a young adult, approximately six feet tall with light-colored dreadlocks down to his shoulders. He was wearing a red, white and blue beanie that appeared to read "New York". He has a thin build and was also wearing turquoise Croc shoes.

Leander police are also reminding people to not identify the suspect on social media.