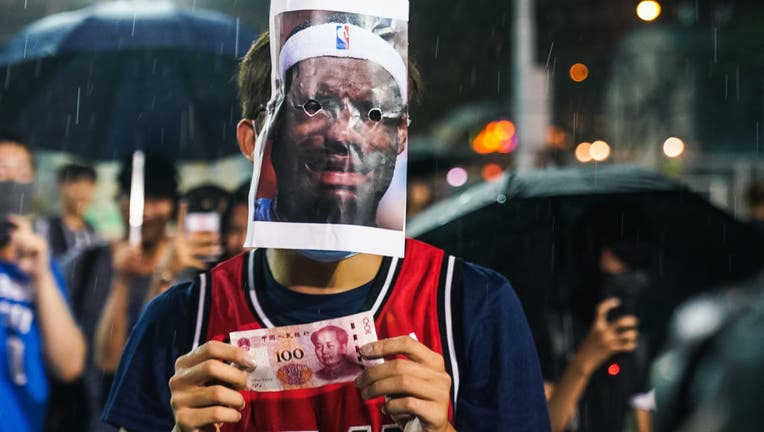 LeBron James is receiving a lot of criticism after his comments Monday night saying Houston Rockets general manager Daryl Morey "was either misinformed or not really educated on the situation" regarding the potential consequences of his actions when he tweeted in support of Hong Kong's pro-democracy protests.

In his first public comments since the Los Angeles Lakers returned home from a strange weeklong tour of China immediately after The Lakers superstar instead characterized the international incident caused by Morey's tweet as a cautionary tale about the power of social media.

"Yes, we do have freedom of speech," James said. "But at times, there are ramifications for the negative that can happen when you're not thinking about others, when you only think about yourself. I don't want to get into a word or sentence feud with Daryl Morey, but I believe he wasn't educated on the situation at hand, and he spoke. So many people could have been harmed, not only financially but physically, emotionally, spiritually. So just be careful what we tweet and what we say and what we do. Even though yes, we do have freedom of speech, it can be a lot of negative that comes with it."

When asked to clarify his thoughts, James went further.

"I believe (Morey) was either misinformed or not really educated on the situation, and if he was, then so be it," James said. "But I have no idea. That's just my belief. When you say things or do things, you're doing it and you know the people that can be affected by it, and the families and the individuals and everyone that can be affected by it. Sometimes things can be challenging as well. Also sometimes, social media is not always the proper way to go about things as well. But that's just my belief."

In Hong Kong, protesters burned and stomped on James jerseys during a rally Tuesday at the Southorn Playground. They threw basketballs at a photo of James and chanted support for Morey and criticism about James' comments. 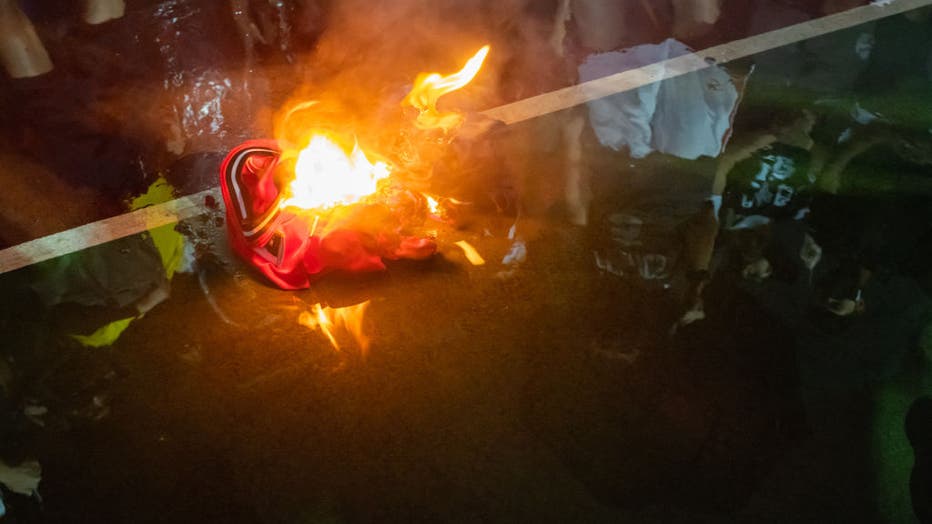 The comments also set off swift reaction on social media, with many listeners perceiving James' remarks as criticism of the democracy movement in Hong Kong. James addressed the issue again

"Let me clear up the confusion," James tweeted. "I do not believe there was any consideration for the consequences and ramifications of the tweet. I'm not discussing the substance. Others can talk about that. ... My team and this league just went through a difficult week. I think people need to understand what a tweet or statement can do to others. And I believe nobody stopped and considered what would happen. Could have waited a week to send it."

Among the critics of James' comments Monday night was Houston Astros' pitcher Lance McCullers, who responded to his tweet with a series of GIFs and memes. He also posted with the hashtag #IStandWithMorey, showing his support for the Rockets GM and displeasure with James.

U.S. politicians also joined in the criticism of James. Sen. Rick Scott, who has been critical of James in the past dating back to his decision to leave the Miami Heat in 2014, posted on Twitter that James "is the one who isn't educated on the situation at hand. It's sad to see him join the chorus kowtowing to Communist China & putting profits over human rights."

Sen. Josh Hawley tweeted “This kind of garbage is hard to take. ... News flash: people are being harmed - shot, beaten, gassed - right now in Hong Kong. By China. By the Communist Party the NBA is so eager to appease.”

James didn't play, but watched from the bench when the Lakers hosted the Warriors on Monday night, just two days after they returned home from their bizarre trip to China.

A typical NBA preseason promotional swing through Shanghai and Shenzhen became something else when Morey tweeted in support of the Hong Kong protesters while the Lakers were in the air on their 13-hour flight to China.

The Lakers landed amid outrage in China with Morey's since-deleted tweet and the NBA in general. The league and Chinese authorities decided to hold no media availability or community events with the Lakers or the Brooklyn Nets, their opponents.

The Lakers passed their week in China in public silence. Although the exhibition games weren't canceled, the league claimed it would be unfair to ask players and coaches to speak on the delicate geopolitical argument in which they found themselves involuntarily enmeshed.

So the players spent most of the week in hotels or on the court, with two NBA Cares events, a fan event and other public appearances all canceled by the league or the government. Several companies and state-run offices reportedly severed their ties with the NBA over Morey's tweet and the league's response to it.

The NBA is not the first major corporation to deal with criticism from China over political differences. Mercedes-Benz, Delta Air Lines, hotel operator Marriott, fashion brand Zara and others also have found themselves in conflicts with China in recent years. In most cases, those firms snuffed out the issues with an apology. The NBA has not gone that route, instead supporting Morey's right to expression.

The Lakers and Nets also met with NBA Commissioner Adam Silver. James said he was happy with Silver's handling of the controversy, which led to criticism of Silver from supporters on both sides of the Hong Kong movement.

"It was a tough situation for Adam as well, to put out a fire that he didn't start," James said.

When asked about his thoughts on the political side of the events in China, James echoed Warriors coach Steve Kerr's belief that he didn't know enough to comment on the situation.

But many people are retweeting a post from January 2018, including McCullers, when James quoted Dr. Martin Luther King Jr.: "-Injustice Anywhere Is A Threat To Justice Everywhere- Our Lives Begin To End The Day We Become Silent About Things That Matter- #ThankYouMLK50."