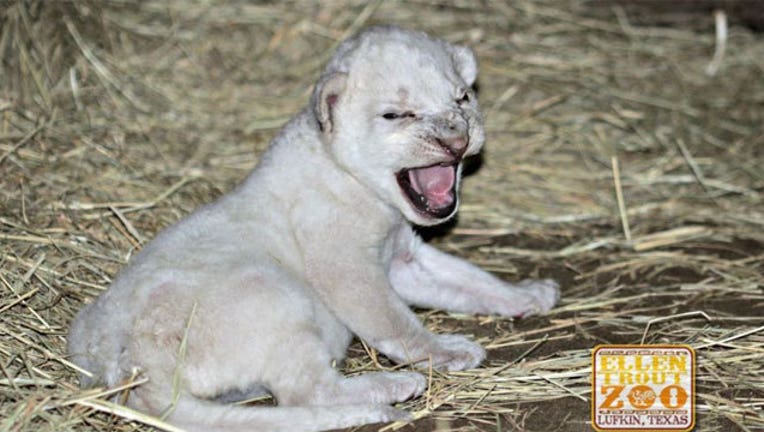 On Friday, when a lion at the Ellen Trout Zoo in Lufkin, Texas, gave birth to a cub, zoo officials got a surprise: the baby had white fur.

The last time the female lion, Adia, gave birth, she failed to produce milk for the baby. That cub had to be hand-reared. So this time around, Celia Falzone, the general curator of the zoo, said that they were just wondering about the basics of Adia’s pregnancy, like how many babies she would have, and whether or not she’d produce milk for it.

“We never thought about what color will it be,” Falzone told FoxNews.com, with a laugh. “So it was a surprise.”

The zoo participates in what’s called a species survival plan— a managed breeding program to make sure the lions are producing healthy offspring. This new white cub, born to parents that have the typical tawny color of African lions, is not an albino, but just has white fur, the result of the recessive genes it inherited from its parents, according to Falzone.

The baby lion is doing well, and thankfully, the mother is producing milk.

“She has been doing great with this cub,” Falzone said. “She’s nursing it, and cleaning it, and taking really good care of it.”

It’s uncommon for lion cubs to be born with a white color, Falzone said, and they don’t yet know whether the cub--which remains unnamed-- is a male or female.