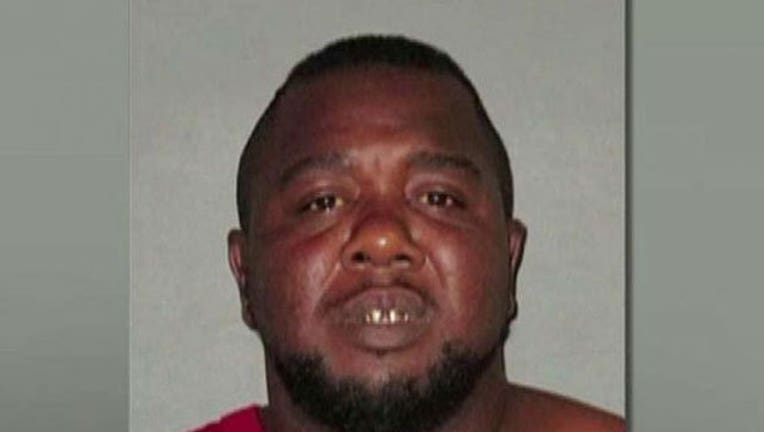 BATON ROUGE, La. (AP) — The mood was emotional, and at times angry, as evening unfolded in the working-class, predominantly black Louisiana neighborhood where the police killing of a black man was caught on videotape.

Hundreds of mourners, friends and family members of Alton Sterling, 37, gathered Wednesday in Baton Rouge for a second night of protest, prayer and remembrance.

Sterling was shot early Tuesday as he wrestled with two white police officers outside the convenience store where he sold music and movies on compact discs. Police say he was armed.

Cellphone video of the shooting posted online by a community activist set off angry protests, coming at a time when law enforcement officers across the country are under close scrutiny over what some see as indiscriminate use of deadly force against blacks.

In the latest death, a Minnesota officer shot a black man in a car with a woman and a child about 9 p.m. Wednesday, and authorities are looking into whether the aftermath of the killing was livestreamed in a widely shared Facebook video.

Moving quickly to keep tensions from boiling over in Louisiana, Democratic Gov. John Bel Edwards asked the U.S. Justice Department on Wednesday to lead a civil rights investigation into the killing.

"I have very serious concerns. The video is disturbing, to say the least," the governor said at a news conference.

Sandra Augustus, an aunt who helped raise Sterling after his mother died, spoke to the crowds Wednesday night with a tearful, broken voice.

She said a second video that emerged showing the moments before her nephew was shot left her angry.

Terrance Carter, Sterling's 28-year-old nephew, wore a T-shirt with his uncle's image printed on it. The police, he charged, went way too far.

"They did it wrong," he said. "They could have handled it better than they did. They didn't have to shoot him!"

He said, though, the family was not condoning violent protests.

"The family just wants it to be peaceful," he said. "I understand right now it's bigger than us, but at the same time we're just trying to work through this and be smooth with it."

In a statement, Democratic presidential candidate Hillary Clinton called the shooting a tragedy and said trust between police and the communities they serve needs to be rebuilt.

"Something is profoundly wrong when so many Americans have reason to believe that our country doesn't consider them as precious as others because of the color of their skin," Clinton said.

A law enforcement official said a gun was taken from Sterling after he was killed early Tuesday. The official was not authorized to discuss the investigation and spoke on condition of anonymity.

It was not clear from the murky cellphone footage whether Sterling had the gun in his hand or was reaching for it when he was shot. A witness said he saw police pull a gun from Sterling's pocket after the shooting.

Baton Rouge Police Chief Carl Dabadie Jr. said Sterling was armed — Dabadie didn't specify the type of weapon — but that there are still questions about what happened.

"Like you, there is a lot that we do not understand. And at this point, like you, I am demanding answers," Dabadie said, calling the shooting a "horrible tragedy."

Sterling was confronted by police after an anonymous caller reported being threatened by someone with gun outside the store, authorities said.

In cellphone video, one of the officers tackled Sterling, and the two officers pinned him to the pavement.

Someone yelled, "He's got a gun! Gun!" and one officer pulled his weapon from his holster. After some shouting, what sounded like a gunshot could be heard. The camera pulled away before more shots were heard.

The officers, identified by the chief as Blane Salamoni, a four-year member of the department, and Howie Lake II, who has been on the force for three years, were placed on administrative leave, standard department procedure.

Lake was involved in another police shooting in December 2014. He told detectives investigating that shooting that he fired six or seven times when a suspect refused to drop his gun, threatened to kill himself and pointed his revolver at officers. The man was wounded by police.

In the shooting Tuesday, authorities would not say whether one or both officers fired their weapons or how many times.

The store owner, Abdullah Muflahi, released a video that he said he shot from a slightly different angle. He said Sterling was not holding a gun during the shooting but that he saw officers remove one from his pocket afterward. His video shows an officer reaching into Sterling's pocket to grab an object.

The street protest continued into the night Wednesday. People danced on cars and trucks, blocked traffic, and demanded justice. The protests were peaceful, and there was no sign of police even as the protests blocked a thoroughfare through that section of Baton Rouge.

Kristen George, a 25-year-old restaurant manager, came to the protest with her 2-year-old son, Amazen, and her wife and her 9-year-old son. George said she wanted to show her children the meaning of a civil rights protest.

Nefertiti Queen, a 34-year-old activist, predicted that the protests in Baton Rouge would continue and remain peaceful as long as the authorities take the right steps in the investigation.

"It's peaceful right now, but if the people don't get what they want, it might get like Ferguson," she said. She said she spent some time protesting in Ferguson, Missouri, after the police shooting of Michael Brown, a black man who was unarmed. "People will get frustrated if they don't get answers."

Baton Rouge, a city of about 229,000, is 54 percent black, according to census data, and more than 25 percent of its people live in poverty.

Police said they have dashcam video, bodycam video and store surveillance footage of the shooting that will be turned over to the Justice Department.

The Justice Department will look into whether the officers willfully violated Sterling's civil rights through the use of unreasonable or excessive force.