Husband overjoyed at sight of wife on 72nd anniversary

BURLINGTON, Colo. - A husband’s reaction to seeing his bride dressed up for their 72nd wedding anniversary is proving that love can endure for years and years.

Shirley suffers from dementia but remembers her husband, according to the station. In honor of their anniversary, staff at the facility helped dress her up for the occasion and took a series of photos to remember the special moment. 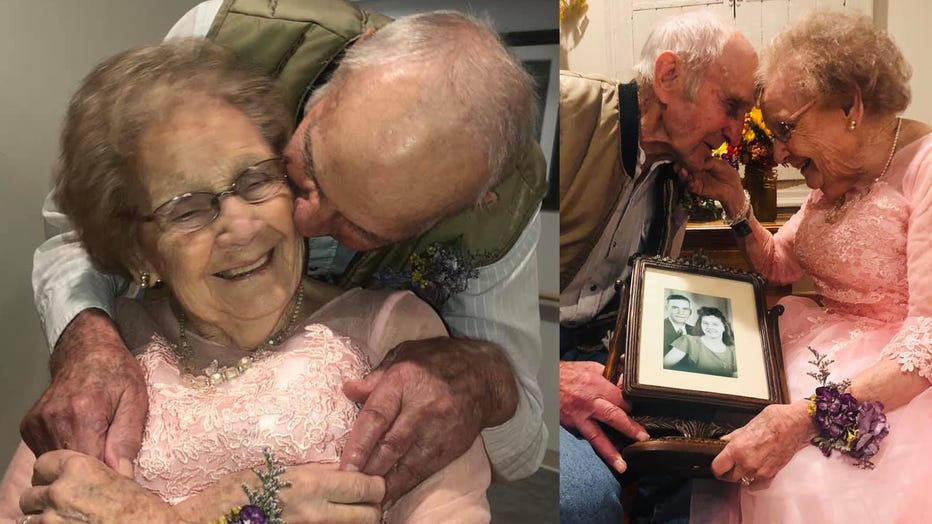 Ardis Behrendsen, an employee at Grace Manor Care Center, shared pictures and video on Facebook, calling it “the most amazing day I have had since working in healthcare.”

“Not only was I able to get this beautiful bride a dress and doll her all up, but I was also able to take pictures of their very special day and capture the love and commitment they have for each other, even after 72 years,” Behrendsen wrote.

Behrendsen called Leonard and Shirley “a beautiful example of what true love is” and said the couple proves “that when you truly love someone, you fix what is broken and love each other through all the hard times you may face.”

The staff member said seeing the look on Leonard’s face when his wife was wheeled out was “one of the most beautiful things I have ever seen.”

“It’s days like today that I feel so blessed to do what I do because in the end, love is the only thing that truly matters,” Behrendsen wrote.