Yacht sinks in the Mediterranean

SARDINIA, Italy - Italian search-and-rescue crews saved at least 17 passengers and crew members from a burning yacht before it eventually sank in the Mediterranean Sea on Aug. 25, 2020, the Italian Coast Guard said.

Video footage shows smoke billowing from the 155-foot yacht, called the Lady MM, before it is eventually submerged in the water about 50 nautical miles east of the coast of Sardinia.

The vessel set sail from Capri en route to Porto Cervo, Sardinia. The yacht launched a distress message at 6 a.m., which was picked up by Guardia Costiera (Coast Guard) crews in Olbia, according to a report.

The eight passengers were from Kazakhstan, according to local reports.

The Lady MM was built in 2003 and sailed under the flag of the Cayman Islands, according to VesselFinder.com.

This story was produced from New York City. 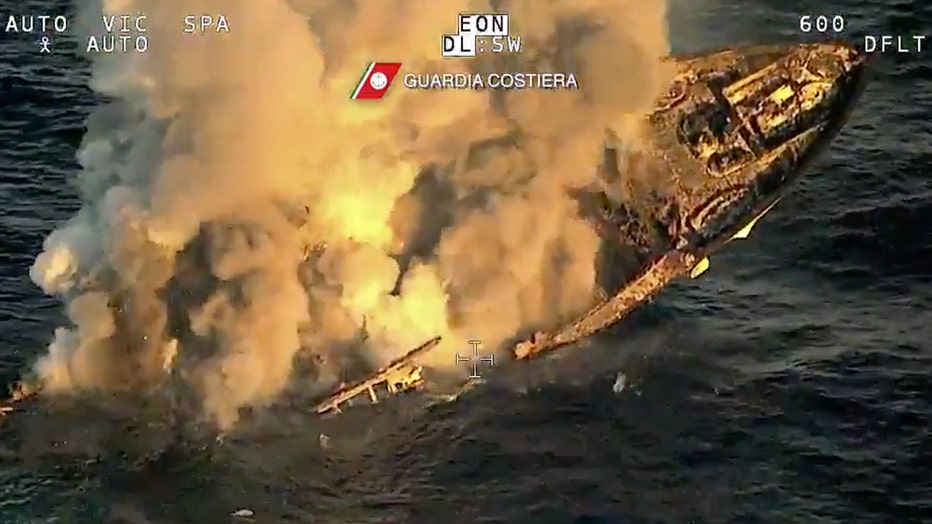