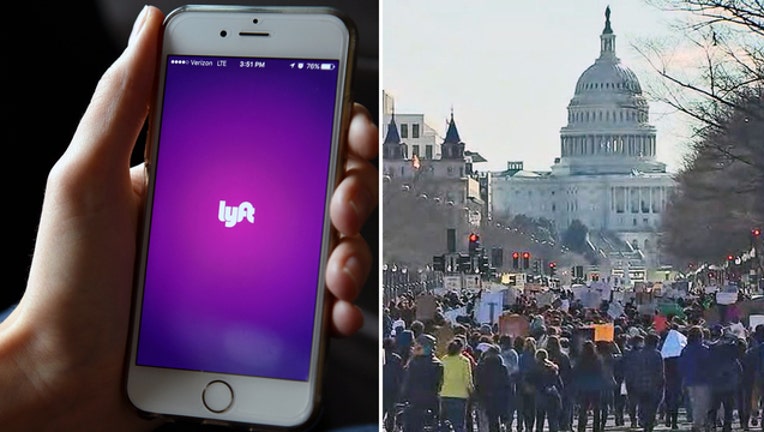 WASHINGTON - Lyft has announced that the ride-sharing service will be offering free rides to people wishing to attend the March For Our Lives.

The company said it would be offering free rides to the main demonstration in Washington D.C. and in 49 other cities expected to have sibling marches.

The company urged users wanting to get a free ride to the demonstration to RSVP for the event here.

MARCH FOR OUR LIVES: What you need to know

Lyft said free ride codes would be distributed on Friday to those who have RSVP’d. If you weren’t able to RSVP for the event, ride codes to the marches will be available here beginning Saturday morning.

Once users receive the code, they’ll want to enter it into the “promos” tab of their Lyft app. The company said riders must set the official March for Our Lives rally point as their destination.

Users will find the rally point details in their app once they’ve entered the code in their promo tab. Lyft said any rider under the age of 18 must be accompanied by an adult. The company also noted it would support up to $1.5 million in free rides, so once the commitment is met they will no longer provide the promotion.

The promotion will be offered in the District and the following cities:

Follow FOX 5's coverage of the March For Our Lives: