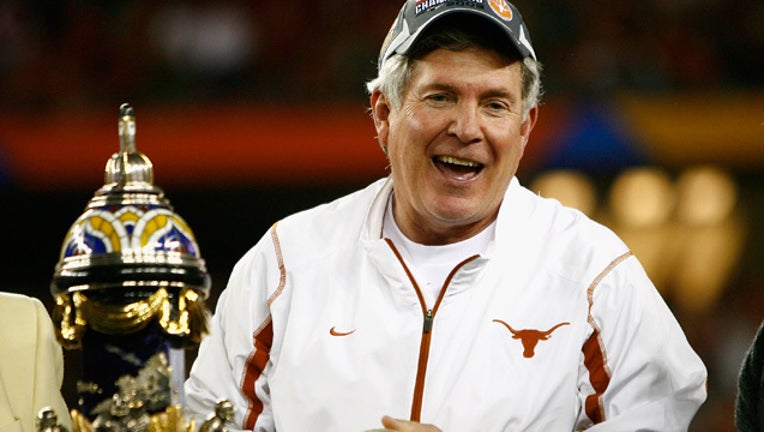 Former head coach for the Texas Longhorns Mack Brown is returning to North Carolina, according to the University of North Carolina at Chapel Hill Athletics.

Brown was announced as the Tar Heels' head football coach on Tuesday. He previously coached at UNC from 1988 to 1997 until taking on the head coaching job at the University of Texas.

As coach for UT he lead the Longhorns to a national championship in 2005. He won more college football games over a 24 year period than any coach in the country between 1990 to 2013.

Brown will be inducted into the National Football Foundation's College Hall of Fame in December.