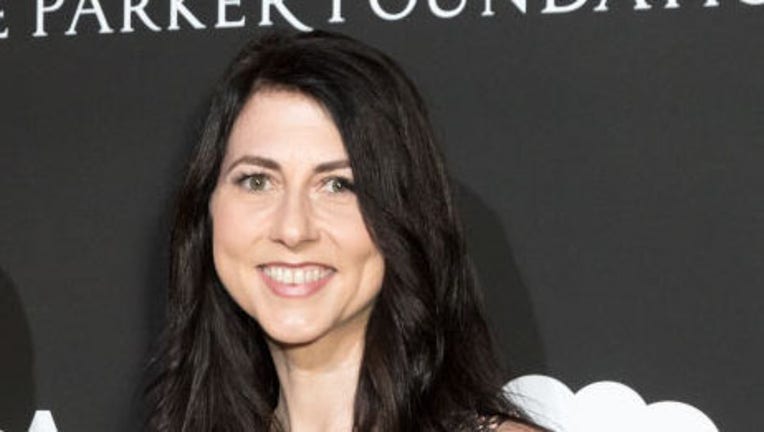 WASHINGTON - MacKenzie Scott has donated $436 million to Habitat for Humanity International and 84 of its U.S. affiliates — the largest publicly disclosed donation from the billionaire philanthropist since she pledged in 2019 to give away the majority of her wealth.

Habitat for Humanity Philadelphia is receiving $5 million from the donation which will be allocated for several projects, including building and repairing homes, investments in technology and resources, and advocacy efforts to stop systemic racism in housing, according to a release from the organization.

Scott's donation amounts to nearly 8% of the $325 million in donations that Habitat for Humanity International received in its 2020 fiscal year.

"This transformational $5 million represents so much more than a generous donation," Corinne O’Connell, CEO of Habitat for Humanity Philadelphia, said in a statement. "With this catalytic gift, MacKenzie Scott is signaling that she believes in Habitat Philadelphia’s vision of a city where everyone has a decent place to live."

"We could not be more excited to get the gift at a time when, in some ways, the state of housing affordability is the worst that it has been in modern times," Jonathan Reckford, Habitat for Humanity International’s CEO, told The Associated Press. His group received $25 million from Scott and her husband, Dan Jewett, with the remaining $411 million to be distributed among Habitat’s local affiliates.

Reckford said Habitat for Humanity will use Scott’s donation of unrestricted funds to increase the supply of affordable housing, especially in communities of color. Though they approach the problem in varying ways, most local affiliates will pursue projects in their communities, while the international group will focus on broader advocacy and efforts to build homes for working-class families.

Though Habitat for Humanity is best-known as a home-building nonprofit, the group, founded in 1976, says it has been working for many years on behalf of equity, toward "a world where everyone has a decent place to live."

Over the past few years, Scott has donated millions of dollars to organizations and communities nationwide. Last month, she made substantial financial contributions of $50 million to the National 4-H Council, a youth-focused nonprofit organization, and a $133.5 million donation to Communities in Schools (CIS), a national organization that works with 3,000 schools nationwide to support at-risk students by providing them with resources and assistance to help them excel in school.

The author’s last three rounds of financial contributions have totaled almost $8.7 billion, with much of the money going towards pandemic relief, colleges and universities, and organizations that serve minority communities. After the police killing of George Floyd, she funded the top recipients of racial equity donations in 27 states.

Scott has tied her motivation to give back, in part, to her concerns about the concentration of vast wealth among a small group of people, writing in a blog post last December that she, along with husband Dan Jewett, and a team of advisors were "attempting to give away a fortune that was enabled by systems in need of change."

Last year, Scott signed the Giving Pledge, a commitment developed by Bill and Melinda Gates, and Warren Buffett to get the world’s richest to give a majority of their wealth during their lifetimes or in their wills. She has promised to give her wealth away "until the safe is empty."

Scott, who is worth about $48 billion according to Forbes, had expressed similar sentiments in her last post in June when she announced that she gave $2.7 billion to charity. She remains a private person and doesn't make public comments about her giving — or anything else — aside from what she writes on her Medium blog posts.

In 2020, she reflected on her philanthropy in a blog post titled "No Dollar Signs This Time," saying that she wouldn’t reveal how much she had given to charity since her last round of donations that same year, to reduce the attention she draws.
Instead, she wrote a reflection on what philanthropy means.

"I’m not including here any amounts of money I’ve donated since my prior posts," Scott wrote in the post. "I want to let each of these incredible teams speak for themselves first if they choose to, with the hope that when they do, media focuses on their contributions instead of mine."

FOX2 Detroit, FOX6 Milwaukee, FOX13 Seattle, and the Associated Press contributed to this story. This story was reported from Washington, D.C.