The new guidelines say vaccinated travelers are less likely to get and spread the virus, but the CDC still recommends safety measures like wearing a mask, social distancing and hand washing.

MALÉ, Maldives - COVID-19 vaccines offer strong protection against the disease that has rocked life on this planet for the last year, but some people need a little more incentive.

Some employers are rewarding workers who take the vaccine. Krispy Kreme is offering a free doughnut to anyone who presents a valid vaccination card.

The Atlanta Braves are vaccinating fans who attend the May 7 and 8 games against the Philadelphia Phillies. Target is offering a $5 coupon to customers who get vaccinated at its CVS pharmacy.

Many more businesses have incentivized the shots, but none of them have gone as far as the Maldives is preparing to go.

According to Thayyib Shaheem, the executive director of the tourism ministry, the Maldives is planning to offer vaccines to people who take a vacation to the South-Asian island.

RELATED: Are vaccine incentives and mandates the right approach?

It’s part of their 3V initiative — which stands for visit, vaccinate, vacation. Once the entire Maldives population has access to the shots, the tourism ministry plans to make them available to anyone vacationing on the island.

The island has a population of 379,000. That’s fewer people than any American state, so the idea of having enough vaccines for residents and visitors wouldn’t be far-fetched.

According to Maldivian Tourism Minister Abdulla Mausoom, 90% of the island’s frontline workers and roughly half of the overall population have already been vaccinated.

And as part of the World Health Organization’s (WHO) Covax program, the Maldives receives vaccines from neighboring India and China, though it remains unclear if the WHO would permit such doses to go to tourists. 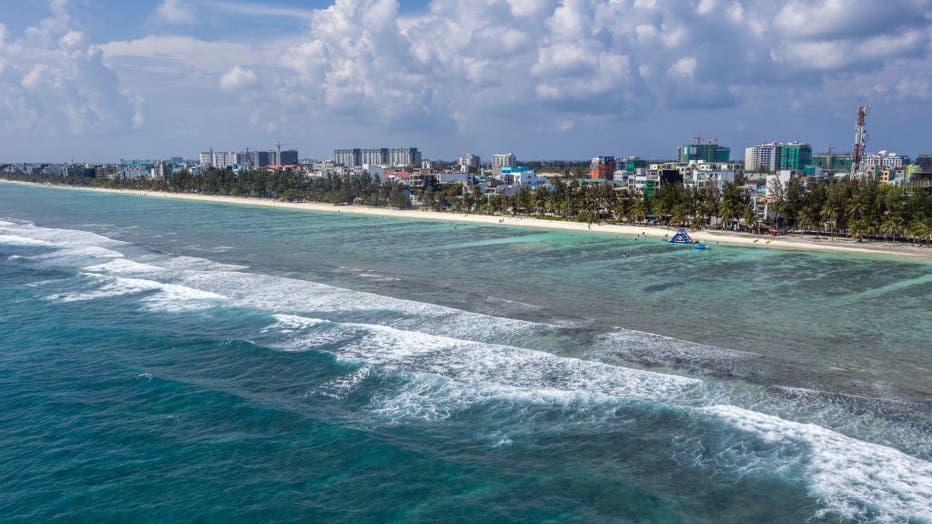 The Maldives is the world's lowest-lying country with the highest natural point of just 2.4 meters above sea level. (Photo by Carl Court/Getty Images)

It’s easy to understand the island’s motivation. Tourism accounts for 28% of the Maldives’ GDP, but it took a major blow last year when traveling became unsafe.

The Maldives currently welcomes any vaccinated person to the country. Non-vaccinated visitors are still allowed, but they must have tested negative for the virus no more than three days prior to arrival.

Through mid-April, the Maldives has seen 350,000 arrivals, suggesting they will easily dwarf the 2020 number of visitors. But the island has quite a way to go if it hopes to reach its goal of 1.5 million visitors this year.