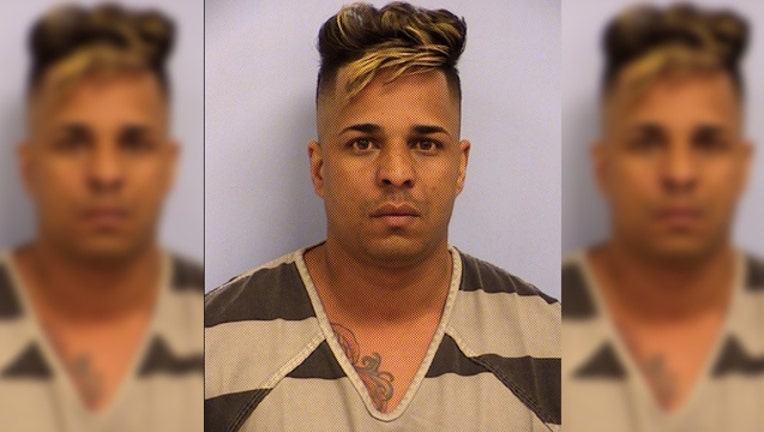 AUSTIN, Texas - A man was arrested Sunday morning after Austin police say he crashed head-on into a motorcyclist, killing him.

Dionnet Suarez De La Cruz, 34, was arrested for DWI and intoxication manslaughter in the death of 25-year-old Felipe Ramirez.

Ramirez died at the scene and De La Cruz was arrested.

Anyone with information is asked to call APD's Vehicular Homicide Unit at 512-974-8544, or submit a tip by downloading Austin PD's free mobile app, available on iPhone and Android.

APD says this is Austin's 54th fatal traffic crash this year, resulting in 56 fatalities. This time last year, there were 46 crashes with 47 fatalities.