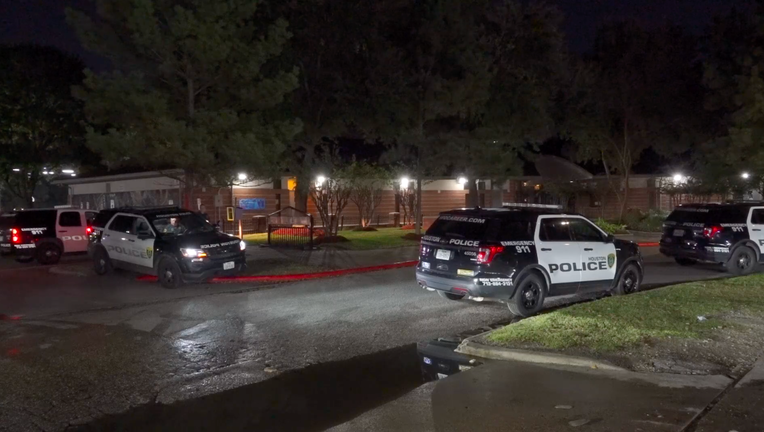 HOUSTON - A Houston man is back in custody after he was caught shining lasers at commercial planes and a police helicopter.

Houston police say it happened around 9 p.m. Thursday, when Hobby Airport air traffic control tower received two reports from commercial aircrafts that they were struck by a green laser.

HPD dispatched its helicopter to the area, and during the search for the suspect, it was also hit with a laser.

The helicopter was able to guide patrol units to the suspect's location in the 3800 block of Burkett St.

When officers took the man into custody, they performed a background check and found that he has three felony warrants – aggravated assault, one for sexual assault, and one for felony evading in a motor vehicle.

The suspect was booked on the three warrants.

HPD is now contacting the District Attorney and the U.S. Attorney’s office to determine if federal charges can be applied for interfering with an aircraft.