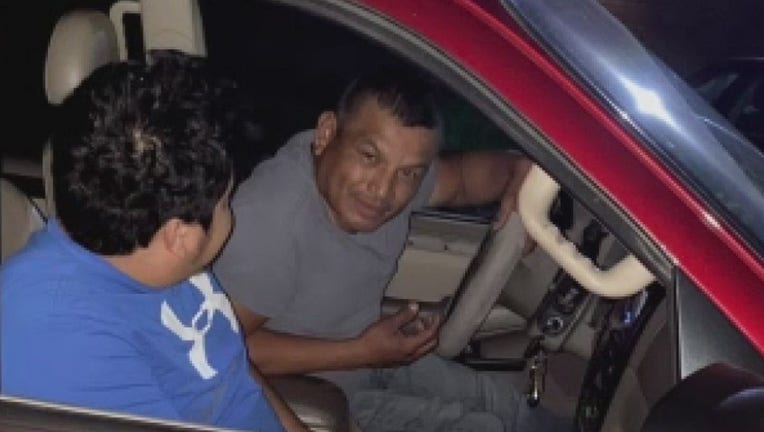 HOUSTON - Police say a man has been charged with the murder of a Houston wrecker driver who was able to take a photo of two suspects before he was shot and killed.

Idelfonso Gamez Torres, 42, is now charged with murder. Police last week had called him a “person of interest.”

He has not been arrested. He was last seen driving a 2004 red Ford Explorer with Texas license plates BH05601.

Police say the victim, 48-year-old Augustin Martinez, was able to take a photo of two men before he was shot and killed in north Houston on Wednesday, October 23.

According to investigators, Martinez, the owner of Parking and Towing Experts, was giving a ride to a customer around 9 p.m. when he got into a verbal altercation with two males at an apartment complex parking lot on W. Little York.

Police say the men in a red Ford Explorer became hostile and one of them fired multiple shots into the wrecker truck.

Martinez was shot and died at the scene. The customer was shot in the shoulder and is expected to survive.

On Thursday, authorities released the picture Martinez took and asked for the public’s help identifying the two men. After the photos were publicized, police say individuals identified Torres as the driver of the suspects’ vehicle. Authorities are now asking for the public's help locating the suspect. It is believed he may flee or has fled to Mexico, Houston police say.

Houston Police say Augustin Martinez was able to snap a picture of his killers. Martinez’s daughter wants you to take a good look to help get justice for her dad.

Martinez's daughter spoke out the day after the shooting.

"I spent the whole night waiting for him to come home. I didn’t think it was true. I thought he was coming home. I know he’s dead but I’m still waiting,” says Carolina Escamilla.

"I’m mad they don’t have them in custody. I’ll never see my dad again and they’re just out there,” Escamilla says. “They not only took away my father, they took away someone who provides food for lots of families. Someone who helped out the community. My life is different now."

Escamilla says the two men thought her dad was towing vehicles from the apartment complex on West Little York at I-45 and became angry with him, but he wasn’t.

Anyone with information on the whereabouts of Idelfonso Gamez Torres or in this case is urged to contact the HPD Homicide Division at 713-308-3600 or Crime Stoppers at 713-222-TIPS.