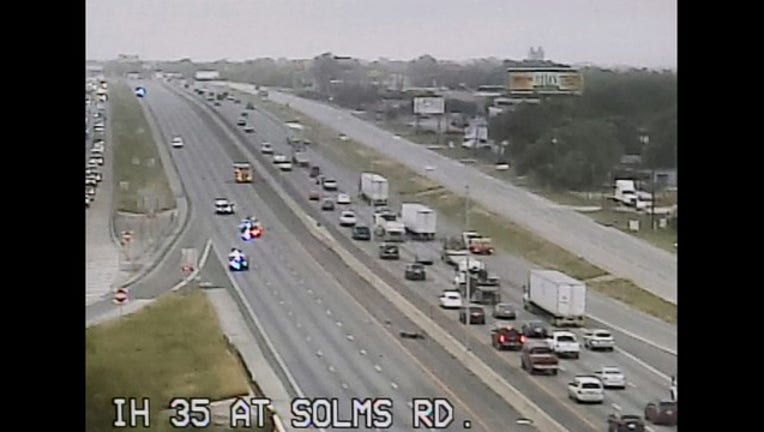 New Braunfels police say a man is in critical condition after a motorcycle crash. It happened just after 7 a.m. in the 4500 block of I-35 North.

Officers say the man was not wearing a helmet. He was taken to a hospital with serious, life threatening injuries.

All northbound lanes of traffic on I-35 at Engel Road were closed for almost three hours.

Officials say the initial investigation shows that the man was traveling at a high rate of speed when he somehow lost control. He ended up laying the bike down and skidding several hundred feet before stopping.

No other injuries were reported and there are no charges expected to be filed.

The victim has not been identified but police say he is from Sealy, Texas.