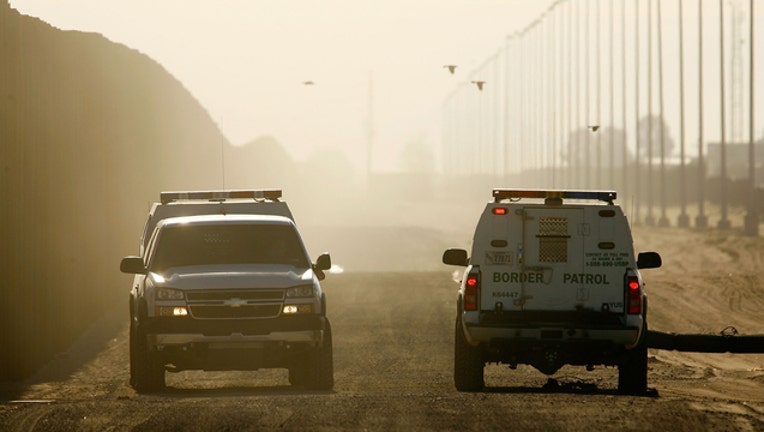 Border patrol vehicles patrol along a wall of metal recently constructed by National Guardsmen to form a double-fence border barrier in a dusty no-man's land of denuded desert that runs along the US-Mexico border. (Photo by David McNew/Getty Images)

DOUGLAS, Ariz. (AP) - Authorities say a man who was deported to Mexico after serving 15 years in prison in Arizona on a second-degree murder conviction has been arrested while trying to illegally re-enter the United States.

A federal criminal complaint filed Monday against 36-year-old Moises Cisneros-Llamas accuses him of attempted illegal re-entry by a removed alien.

U.S. Customs and Border Protection said Wednesday that CBP officers arrested Cisneros-Llamas at the Douglas port of entry Sunday after they identified him as a previous deportee.

An attorney representing Cisneros-Llamas didn't immediately respond to a request for comment on the allegation.

Arizona Department of Corrections records indicate Cisneros-Llamas was imprisoned in 2002 for his murder conviction in Maricopa County and that he was released in 2017.