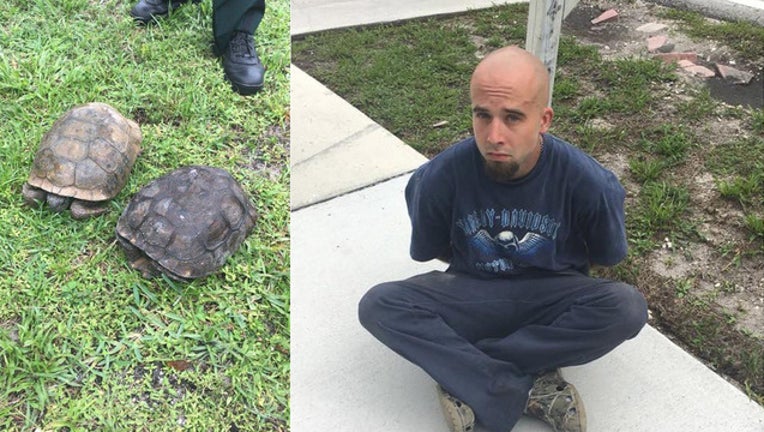 STUART, Fla. (AP) - Florida wildlife officials say a man they found in possession of two gopher tortoises, said he didn't want to keep them as pets - he planned to eat them.

Martin County Sheriff's officials said they responded to Seabranch Preserve State Park in Stuart, Florida after receiving a report of a "man down." Instead, they found 28-year-old Robert Lane digging into the ground Sunday pulling out gopher tortoises.

According to a Facebook post from the sheriff's office, Lane had just pulled out a male and female and was looking for more. He told authorities he planned to go home and eat them.

The Florida Fish and Wildlife Commission is investigating. The tortoises were returned to the hole they were pulled from.