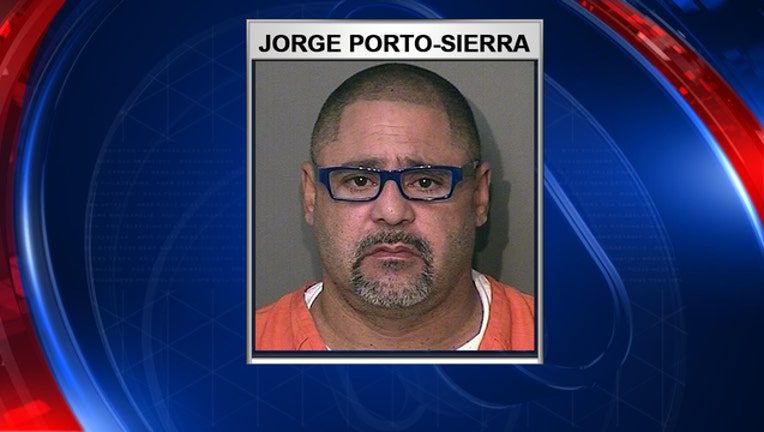 KISSIMMEE, Fla. (WOFL FOX 35) - A Florida man is accused of trying to kill four people by lighting them on fire with gasoline.

Jorge Porto-Sierra, 50, was arrested in March following reports of a disturbance at the Friendly Village Inn, at 2550 E. U.S. Highway 192 in Kissimmee.

Osceola County sheriff’s deputies were called to the hotel in the early evening of March 7, after Porto-Sierra allegedly broke a window at one of the hotel rooms and poured gas into the room.  According to an arrest affidavit, Porto-Sierra was screaming “You’re going to die child molester! I'm coming in!”  There were two occupants in the room, who escaped through a back window, the reports states.

Investigators said Porto-Sierra also attacked two other people who were inside a car in the hotel's parking lot, ramming their vehicle with his own, and then pouring gasoline on their car and through an open window.

According to deputies, Porto-Sierra waived his Miranda rights and admitted to the acts, saying “they raped kids, they are child molesters that all live here and deserve to die.”

According to state records, two of the victims named in the arrest report are listed as registered sex offenders.