JUPITER, Fla. - It started with a  Facebook post by a Jupiter, Florida woman who wanted to spread awareness for children accruing debt in their school lunchrooms, just so they could eat.

"It has a lot of impacts if a child is happy and well-fed," wrote Angie Vyas-Knight of the ‘Jupiter Mamas' Facebook group.
Her post made the rounds online and this week, a complete stranger stepped in to make a big difference.

Vyas-Knight said there were hundreds of kids in her county of Palm Beach who could not afford to pay for lunch, resulting in thousands owed by more than 400 students to their school lunchrooms.

"The thought of a fairly small sum being able to rectify that situation and clear the debt of all these families so the children could eat warm meals is really what got me," Levy told WPTV.

Despite dozens of pledges for help on Vyas-Knight's Facebook post, Levy the situation called for quicker action. 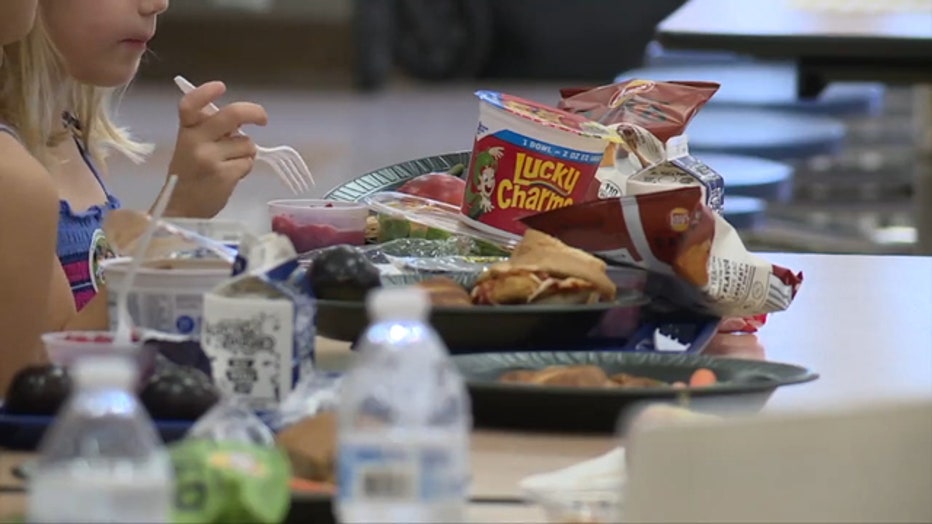 "A lot of people said they'd like to help and I thought, you know what — it's going to be too difficult to gather these people together. I'm going to clear the first debt," Levy said.

He made a donation to clear lunch debts at Jupiter-area schools, totaling nearly $1,000. Levy also met with school officials and lunchroom employees to discuss the challenges they face.

Levy said he hopes others in Palm Beach County will pitch in, too. With more than $50,000 in unpaid school lunch debt across the district, they'll need as much help as they can get.

But for now, Vyas-Knight is moved by Levy's kindness. She told WPTV she will continue to spread the word about school lunch debts.

Vyas-Knight says teachers are already telling her how Levy's generosity was directly impacting the children.

"One of her students was so excited in class because she got to tell her teacher that she finally got a hot meal this year," she said.