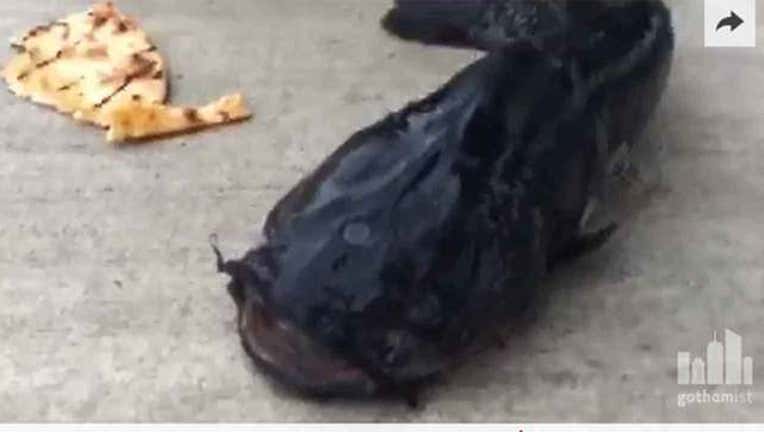 NEW YORK (FOX 5 NY) - The Gowanus Canal, one of the most polluted bodies of water in the country, could be home to a mutant fish. A man fishing in the canal on Sunday pulled what looks like a three-eyed catfish from the water.

Video of the fish was posted to Gothamist.com.

The man was reportedly fishing near the Whole Foods when he hooked the fish.

According to the website, three-eyed fish have been reported in Argentina and in the Great Lakes region.

The notoriously dirty 1.8 mile Gowanus canal has even prompted environmentalist Christopher Swain to don protective gear and swim the length of the canal to draw attention to its dire condition.

In 2013, a wayward dolphin meandered into the canal. It splashed around in the filthy water and shook black gunk from its snout before dying.