Chicago’s well-known “Dread Head Cowboy” rode his brown and white horse onto the Dan Ryan Expressway on Monday, snarling traffic in the middle of rush hour.

CHICAGO - Chicago’s “Dread Head Cowboy” was leveled another charge Tuesday, a day after allegedly riding his brown and white horse onto the Dan Ryan Expressway and snarling rush hour traffic.

Hollingsworth posted video of his ride on Facebook live, which was also captured by news helicopters. In his posts, Hollingsworth — who has ridden his horse to multiple civil rights protests this summer — says “I shut down the Dan Ryan! Kids lives matter!”

The horseman, wearing a shirt with a Batman logo, trotted onto the local lanes about 4:20 p.m. near 63rd Street, state police said. He was later arrested.

Another man, 55-year-old Darron Luster, was arrested for obstructing and resisting arrest, state police said. He allegedly tried to gain control of the horse and didn’t let it go when officers asked him to.

Both men were taken to Chicago Police District 5 Headquarters, state police said. Luster was released after posting a a $1,000 bond, but Hollingsworth remained in custody.

The horse was taken in by Chicago police and given to Animal Care and Control, police said.

On Sept. 9, Hollingsworth met with state and Chicago police about a planned protest on the Dan Ryan expressway, state police said. His request was denied since authorities said it was dangerous and illegal. 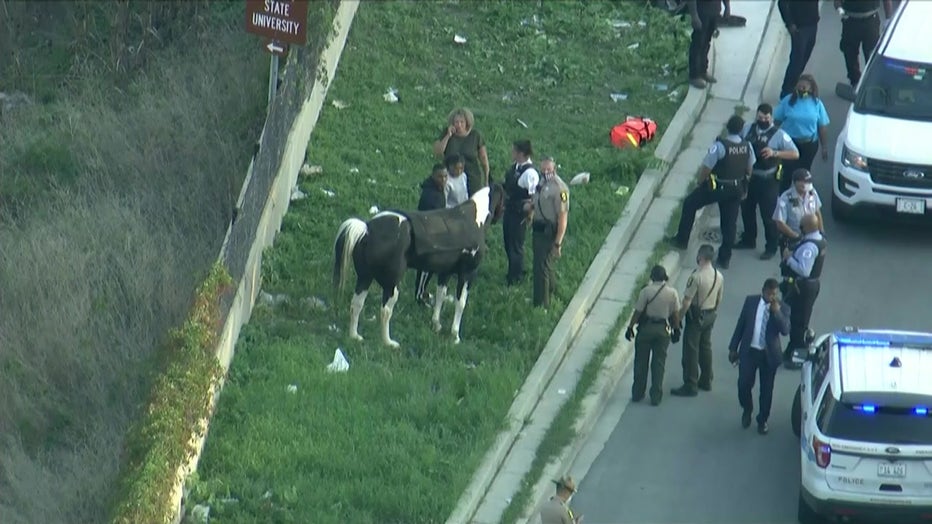 In his Facebook videos, Hollingsworth could be seen bouncing atop his horse with a line of cars following closely behind.

In another video, Hollingsworth appears to be sitting in the back seat of a vehicle with his hands behind his back. A third video appears to show him handcuffed to a bench in a room at an unknown location.

In a statement, Mayor Lori Lightfoot’s office described the incident as a “stunt” that endangered the horse and others on the expressway.

“There is a right way and a wrong way to call attention to issues of great importance and this stunt was decidedly the very wrong way,” the statement said. 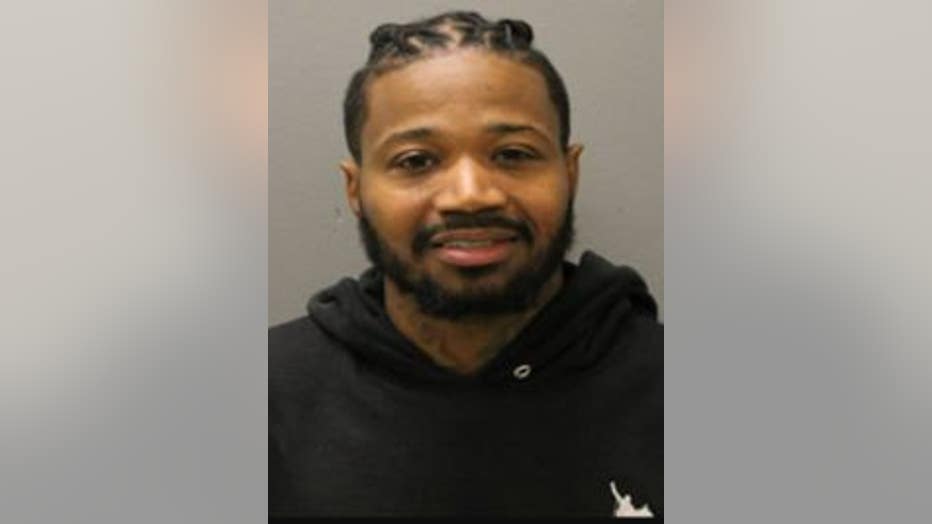 The horse was injured, and will be taken to a temporary shelter by Chicago Animal Care and Control for treatment, the statement said. State police said it was was bleeding from one hoof, and another was injured. The right side of the horse’s body had sores from the saddle, according to state police.

Earlier this year, Lightfoot teamed up with Hollingsworth to promote the U.S. Census. Hollingsworth was brought in to ride through South and West Side wards where census responses were lowest in the city. 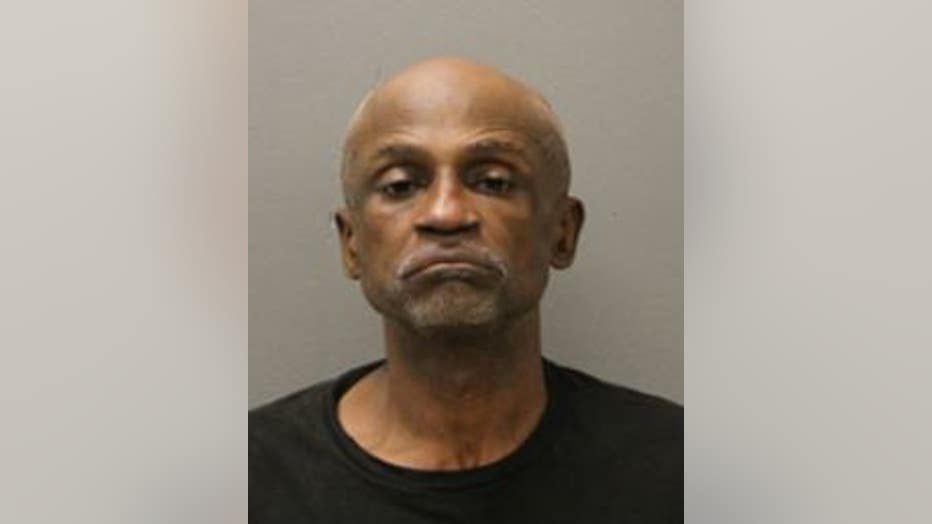