SANTA CLARITA, Calif. - A standoff that lasted for several hours on Thursday finally came to an end involving a man accused of killing his estranged wife, officials said. The suspect is accused of stabbing his wife to death, stealing her car and then leading deputies on a chase before crashing the car in the Northwest Antelope Valley area.

It all started when Los Angeles County sheriff's deputies were called to a home around 5:10 a.m. in the 22800 block of Fir Court in Santa Clarita, located near the intersection of San Francisquito Canyon Road and Copper Hill Drive.

Arriving deputies discovered a woman suffering from apparent stab wounds inside the home located in the quiet cul-de-sac. The victim was taken to a local hospital where she died of her injuries, authorities said.

Investigators believe the suspect once lived in the home. 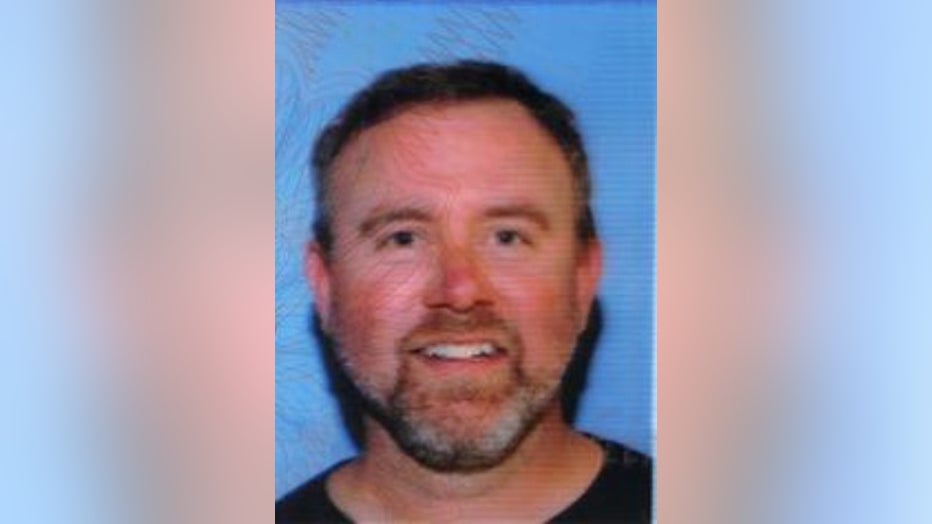 Moments before she died, she identified the man who stabbed her as her estranged husband, James Matthew Dorsey, according to LASD Lt. Barry Hall.

The victim is a mother of three and two of the children were home at the time of the attack.

"I don’t know what he was thinking but there’s three kids…you don’t do something like this," a neighbor told FOX 11.

A woman was fatally stabbed in the Santa Clarita area and authorities are looking for her estranged husband believed to be driving a white Chevy Malibu.

Although he had nowhere to go, Dorsey refused to get out of the car, prompting a standoff between him and law enforcement officers in the area for about five hours.

The Los Angeles County Sheriff's Department took him into custody peacefully a little after 10 p.m.

The name of the victim has not been released.