Saddiq Teague, an 18-year-old from Ohio was arrested Friday after being spotted with an assault rifle in a Times Square subway station.

NEW YORK - The NYPD says it arrested a man from Ohio who was found carrying a military-style rifle and ammunition inside of a Times Square subway station.

According to authorities, at around noon on Friday, officers patrolling the A/C/E subway platform in Times Square spotted 18-year-old Saddiq Teague sitting on the floor charging his phone. Sitting right next to him was an AK-47-style assault rifle.

Officers approached Teague and took him into custody without incident. The weapon was not loaded, but police say they did find ammunition in a bag he was also carrying.

Teague reportedly told police that he had a permit for the rifle in Ohio and thought it was ok to have the gun and ammo as long as the weapon was not loaded. It is illegal to carry an assault rifle in New York City. 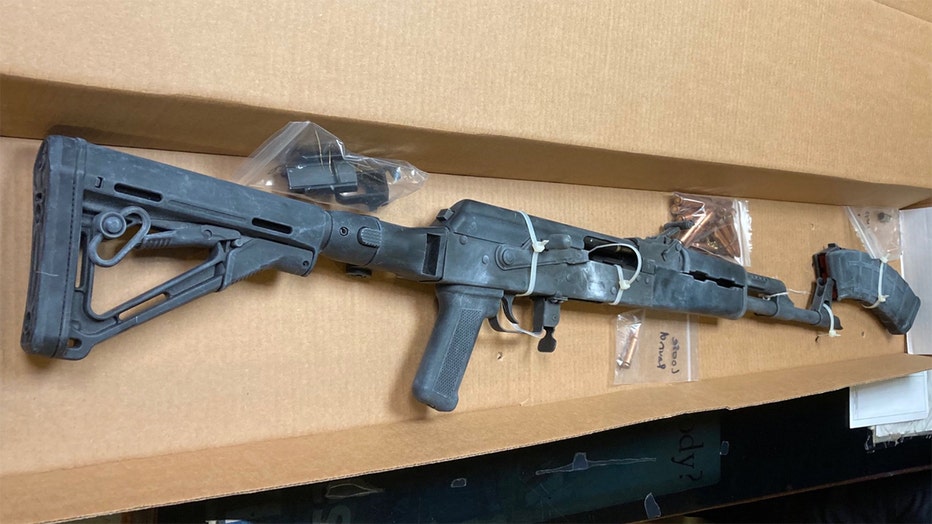