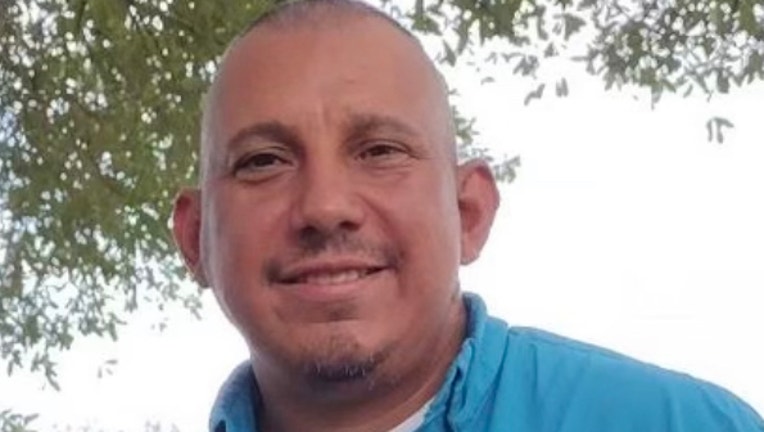 David Ponce was killed by an unknown vehicle in the southbound lane of the 100 block of North Lexington Street in downtown Manor, police say. (Manor Police Department)

MANOR, Texas - The Manor Police Department is investigating a hit-and-run crash that killed a longtime resident.

MPD says around 8:13 p.m. on Sept. 28, 38-year-old David Ponce was killed by an unknown vehicle in the southbound lane of the 100 block of North Lexington Street in downtown Manor. The vehicle did not stop.

MPD is asking anyone driving north or south in the area before or during the incident.

Manor police released photos of two vehicles that were traveling south on Lexington Street which they believe might have information relevant to the crash.

Manor police are asking anyone who was in one of these vehicles to contact them to provide more information.

"To be clear, the vehicles pictured are not being considered as suspect vehicles, but we are hoping to gain information from passengers to lead us to the suspect vehicle," says Manor police.

Anyone with information regarding this incident is asked to contact the Manor Police Department at police@manortx.gov or 512-272-8177 and ask to speak with Sgt. Struble.

Manor police said Lexington St. is expected to be closed for several hours due to the deadly crash.