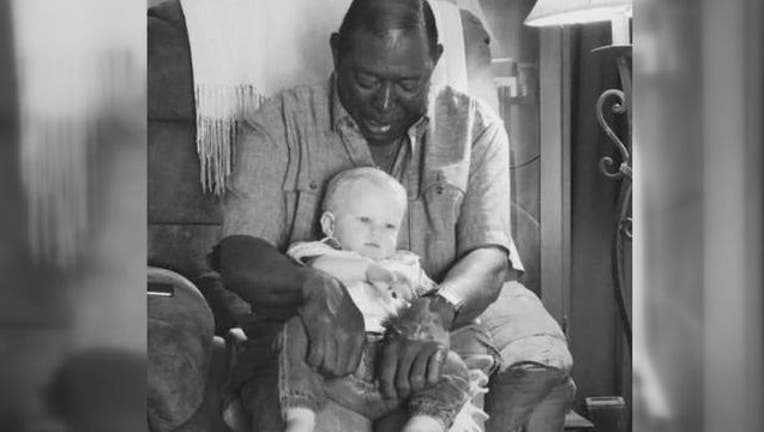 VICTORIA, Tx. - "Growing up without a father was always difficult for me. But the good lord surrounded me with great men, Mr.Chip was one of them," wrote Cody Shugart of his beloved neighbor in a viral post that has been pulling on the internet's heartstrings!

A beautiful picture of his son, Bob Wayne Shugart, and neighbor Milton West a.k.a Mr. Chip, accompanied the touching Facebook post which has been shared over 114,000 times!

Mr. Chip has always been an important figure in Cody's life. So when he and his wife became parents to little Bob, Mr. Chip and his wife Shirley essentially became his grandparents!

"The last time we were over there Mr. Chip said he wants to be called ‘POP.’ He says that’s his grandson," said Cody.

Naturally the Shugart's wanted to give Mrs. Shirley a nickname too, so they settled on Lolli. And now every time they visit they tell little Bob they're going to see Lolli Pop!

"Everyday I read something negative and how race relations are worse than ever. I disagree and I hope this is a positive loving message to many people," wrote Cody.

Cody told FOX 5 he's it's been a whirlwind handling all the social media fame but he's happy that he was able to share a message filled with love.